You Strange, Sad Creature:
The Punisher #49 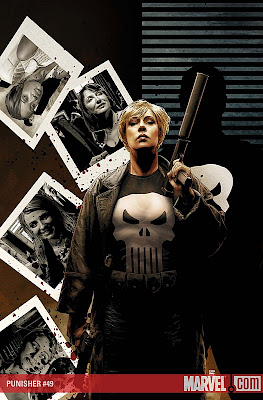 Five "mafia widows" team up to get revenge on the man who murdered their husbands: The Punisher. Then a sixth widow hunts them down. Since Garth Ennis makes it a point to stress that the woman in question has had her breasts removed due to cancer, we know we are in for something "deep" about the female experience. 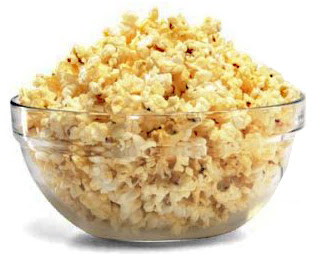 I liked Punisher #49 in that voyeuristic, grotesque way I enjoy Rob Zombie movies. It's like Freud on crack, fear-and-loathing, bashed skulls, and orgasms. But as a meditation on the Female Vigilante, it gave me the squickies.

Our female-who-hunts-females, Jenny, is a battered wife with scars where her breasts used to be. The target of her resentment & anger are other women -- four of whom she shoots, one of whom she beats, in the nude, into a bloody pulp with a baseball bat. When she is done with her last victim she climbs on the Punisher's body and announces she is going to have sex with him.

Jenny is, as the Punisher puts it, "a strange, sad creature." She is a vigilante like him but "women really aren't supposed to be vigilantes," or so the story goes. She assumes a male job, and thus must have a chest that resembles a male, devoid of breasts. By assuming a male's job she is monstrous, she is aberrant, and so in the end she must shoot herself. Further, she attacks her own image (other women) and then f**ks/worships the male image.

One other point to note is that of the five members of the "widow gang," the three prettiest/most feminine ones are shot on their body but with their faces untouched. Of the other two, the butch-looking African-American woman with the short hair is graphically shot in the face, and the heavy-set older woman is graphically smashed in the head with a bat until her features are obliterated.

I have to give the proviso now that this isn't a screed against "Punisher" comics, as I enjoy them. I appreciate that Marvel puts the MAX label on these books as well as an "explicit content" warning on the cover. But when Garth Ennis throws out on the table so much fodder, one has to excuse me for grabbing my bowl of popcorn and digging in.

Edit: The Punisher has one hand handcuffed to the bed when Jenny is bashing the woman's face in, and when she has sex with him. But as soon as the sex is over and Jenny blows her brains out, the Punisher shakes his hand free from the handcuff -- almost immediately after the sex. If the Punisher was capable of doing this why didn't he free himself earlier and prevent the beating of the woman, or prevent this obviously crazy Jenny person from riding him like prize pony, or prevent Jenny from blowing her brains out?
Posted by Verge at 7:48 PM

Email ThisBlogThis!Share to TwitterShare to FacebookShare to Pinterest
Labels: Punisher