A Lesson In How To
Contact Your Comic Book Publisher. 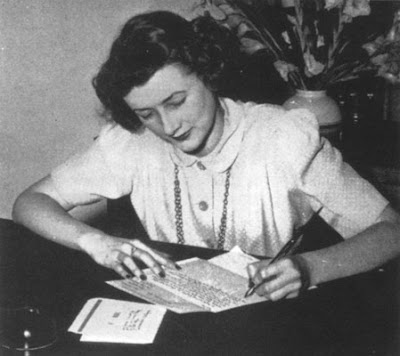 If you are digging the new Supergirl or just wish to deliver your opinion on one comic or another, you have several options:

1. Blog it. Some editors Google their books and their names (so do some comic creators). Some editors, on the other hand, make it a point not to follow Internet buzz because they do not need to add to ther peptic ulcers. But blogging is a great way to contribute your opinion, especially if that opinion is linked-up with a whole boatload of similiar opinions (a la When Fangirls Attack).

2. Post it. Post it in the official forums of the publishers. Editors are likely to follow the official message board threads of the books they are working on.

3. E-mail it. Not a practical option unless the particular editor volunteers their e-mail addy on their blog or whatever & invites fans to drop in. The typical editor has like 2 billion e-mails that are directly related to the books they are working on and another 2 trillion from freelancers looking for work, aspiring comic creators, etc. Consequently, they tend to be very protective of releasing their work e-mail to the masses.

4. Mail it. It has been my experience that snail mail is very effective in communicating with comic book companies. It's hard to ignore a pile of letters with the cancelled postage stamps on them and everything. Letters from fans to the people at the top -- editors, VPs, etc. -- are usually opened and vetted by assistant editors and administrative assistants. But a number of these letters do get through to the top people.

According to their indicias, the mailing addreses for the Big Two are:

A WORD ABOUT MAILING ETIQUETTE: While it is awesome that through the power of the U.S. Postal Service the comic-reading masses can contact their favorite companies, there are certain rules you should follow:

1) Please do not send "Dan Didio Must Die" type letters, T-shirts, and other somesuch memorabilia to Dan Didio. For many reasons. Play nice.

2) Play nice. Nothing abusive, nothing "threaten-ey" no cursing, etc. If you are upset about a certain comic, express it in a clear, rational, methodical way. Make a list of the things that bother you, cite specific examples, and thank the person for their time.

And a brief word about sending submissions...

"Cold-calling" art or writing submissions to Marvel & DC is generally not a great idea. Unsolicited e-submissions are the first to be deleted -- especially if you are sending attachments.

Mailing in unsolicited submissions is also not the greatest idea unless you are a professional in the business.

One of my first tasks when I was brought on-board DC was to deal with a submissions fiasco the details of which it is better that I do an "Eternal Sunshine of the Spotless Mind" on. Suffice it to say that my unofficial title was "Rejections Editor."

And if you are an obsessive Green Lantern fan, be aware that your letter might be taped on the door of the GL Editor's office to regale and entertain generations of young editors to come.
Posted by Verge at 11:16 AM