I first want to really thank all the people who have signed up for the message board. You've contributed some good topics and fine debate. Before we know it, it might even be as good as The Engine, or-or-or as...The Byrne Forums. Just something to work towards. 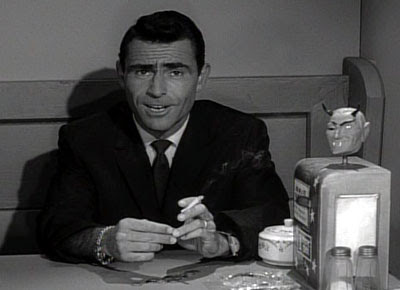 Time to break out the "The End Is Near" sandwich board?

Or is life always this weird and unpredictable and this is just going over it with a neon yellow highlighter?

We've got the case in Pittsburgh of the comic shop owner/convention organizer accused of murdering his wife execution-style on his birthday. Not going to dwell on it, as the facts are not all out and the gentleman seems to be well-liked and respected in the comics community. But I'd be lying if I said that this story doesn't creep me out. And while I think the outpouring of support for the accused is awesome and justified, let's not forget that whomever the murderer, there is a woman dead -- most likely forced into a kneeling position before she was shot in the head, terrified, pleading for her life. And she died in a f**king comic book store.

Rounding out strange news, I turn your attention to the latest YouTube viral video: "Reptile Girl." This video supposedly depicts a normal-looking woman hanging out in her kitchen who suddenly morphs into a snake-like creature. Doubtful? Yes. But I only got about ten seconds into the vid before I saw an eye expand and I just the damn thing off. I don't know, maybe I don't want a call on my Blackberry saying, "7 days!" But if you have the stones to watch this whole thing, let me know if you think we are being invaded by Skrulls. 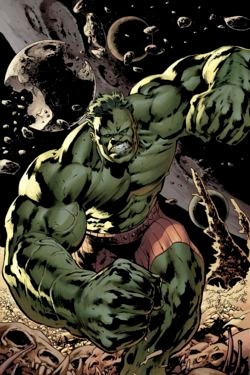 If you want a healthy, narcotics free buzz akin to 50 cans of Red Bull with a steroid chaser, read issues 1-3 of "World War Hulk" really fast at 1:00 in the morning. It's beyond mere comic entertainment; with sledgehammer-impact renderings by John Romita Jr. and effective (not gratuitous) use of motion-blur color effects, "WWH" is an experience.

As for the tie-ins...yeh & meh. Some a good. Some are clearly filler. I like the "Iron Man" crossover issues because Christos Gage and Butch Guice put out a good solid old-school read on the level (IMHO) of Brubaker & Lark's "Captain America."

Personally, there is a lot on "WWH" that reminds me of an extended 911/Iraq metaphor. If and when I decide to touch that metaphor with a ten-foot-pole, I'll let you know.

Zudammit?
Is "Zuda"' a dastardly plot by DC to co-opt & destroy the webcomic market while at the same time greedily stealing IPs like a coked-out Grinch under a Christmas tree decorated with lapsed "Valiant Comics" trademarks?

I understand the anti-Zuda points about creator's rights and all that. But DC is a business. The argument "they should morally know better than to want to control rights to characters they didn't create" and so on is really nice, but ignores the fact that DC is a business. I know a business asking "what's in it for me?" sounds evil and greedy. But if you were sitting in the chair of Paul Levitz and staring at stacks and stacks of financial reports and had Time Warner periodically checking in with "hey dude, whassup," I guarantee you would ask on behalf of your company, "what's in it for me?"

It's not hypocrisy. It's just that this industry is too f**king small. I'd rather see the good as well as bad in the corporate comics rather than just build myself a bamboo tower on the "Lost" island, and damn any comics publisher bigger than Top Shelf.

Telling an aspiring webcomics creator or female writer/artist to eschew Zuda or DC right off the bat "on principle" is like telling them to cut one of the arms off of their personified career.

That said, when travelling it always helps to carry a flashlight.

"Black Adam" the "Titus Andronicus" of the DCU? 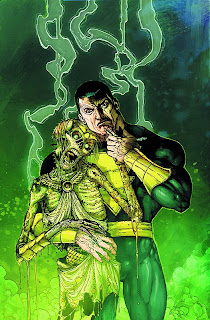 There seems to be a bit of negative buzz surrounding DC's "Black Adam" mini-series, especially concerning its depiction of cannibalism, grisly murder, gore, and nudity.

I haven't read the book but I'm picking up a copy today. I've worked with both the series writer Pete Tomasi and artist Doug Mahnke, and I've enjoyed their work in the past. So I'm giving the book a chance.

Issues surrounding "tainting" the Captain Marvel franchise with dark topics aside, for DC not to put "mature readers" labels on a book like this not only does a disservice to its readers but to its creators. Tomasi and others have every right to pen adult material like "Black Adam." And there are readers who cotton to that sort of book -- me included. Heck, I'm a horror movie fan. But horror movies have ratings so (in theory) a seven-year-old doesn't watch a woman pulling out some guy's intestines in "Saw."

If DC really wants to compete with Marvel -- put some $%@#$@ ratings on the covers of your books!


Supergirl in: "NO MORE CAMEL TOE FOR YOU!"

Whatever happened to the good old days of superheroine upskirt shots where the naughty bits were clearly defined underneath her sheer undies? Why must DC continue to "punish" their "hardcore" Supergirl fans by not offering up her nubile young flesh to the altar of the same crowd that types search terms like "Dakota Fanning barefoot?"

Luckily, Mary Marvel is there to pick up the slack. Maybe she's not as high-profile as Kara. But she has boobies. And she's a little "slow."


And There Is A "Johnny DC" Comic Coming Out About The Marvels, Too! 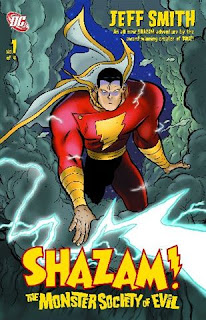 As I've mentioned in an earlier post, Girl-Wonder.org is having an auction in October to help fund the organization and possibly get a scholarship started.

They have an open call for donations of art and etc to help with the auction.

If you're reading this and a comic artist and you might have time to knock out a piece for the auction or donate a piece of original art, contact Girl-Wonder and let them know.

Um..things don't look that great for MJ right now, do they?

You know, if DC decided to put "Countdown" out of its misery now, I don't think the retailers would hold it against them. 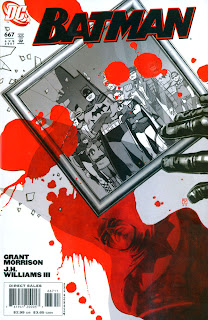 Alright, alright, I get it -- "childhood's end," life is darker now, our candy-colored illusions of yesterday are splattered with the cruel reality of the world we live in. Got it.

The real reason the new "Dr. Who" is so popular is because he's hawt. (runs)

And lastly, I want to take this opportunity to publicly say how much I adore my Sweetie, and how I hope we stay together forever in happiness and bliss -- though of course if he was a superhero most likely we'd be divorced or I'd be killed off in one of several interesting ways or I'd be a drug addict/prostitute or I'd turn evil and kill other spouses of superheroes or turn evil and become an alien nymphomaniac or have imaginary babies and go insane.