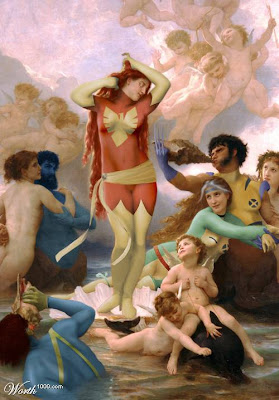 "Seriously, we’ve all been aware that some comics put out are specifically put out to attract straight men and boys just as some comics were put out specifically to pull in straight women and girls. The question then becomes should there be comics made specifically for straight guys?"
-- Mad Thinker Scott

"Oh, grab that issue of Black Panther, will you honey? That's the one with the Marvel Zombies. Heh. Zombies. That's awesome."
-- Me

Baltimore Here I Come
While I hardly consider myself a "Con Groupie," I'm rather developing a taste for overly-crowded convention halls, inflated prices on hotdogs, impulse buys on action figures I will throw in a closet and never look at again, and talking to a bunch of cool comic book creators.

This year's show at the Baltimore Comic Con on September 8 & 9 has a great all-star roster, the Harvey Awards, and a special tribute to Mike Wieringo. 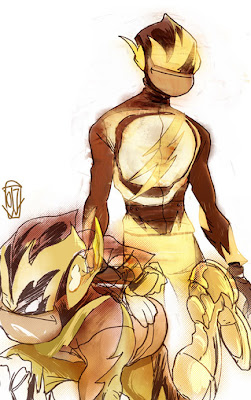 You know, there is such a wealth of talented artists and designers on Project Rooftop -- if editors for The Big Two don't already check the site out, they really should.

As for the Impulse redesigns themselves -- it's just really awesome to see that character brought to life like that again. I think Bart Allen was completely and utterly wasted as a character. Superboy needs to punch another hole in history and pull him back in. 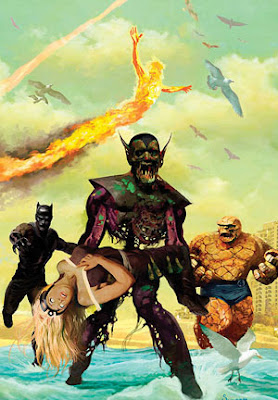 I realize that my purchase of this issue based solely on the Arthur Suydam Marvel Zombies cover hereby discredits me from any too intense ragging on other comics this week.

This book was the very definition of big dumb fun. No character development, no real story, just Super Skrulls eating things and then the Galactusized Marvel Zombie crew eating things.

What is so damn compelling about these damn Marvel Zombies?! I just can't keep my eyes off of them! It's like I read this damn comic three times because I wanted to see Super Skrull zombies. Has my brain turned into that same green goo Zombie Captain America's is? Holy crap, every time I see these damn snaggletoothed nasty creatures I need to buy their comic.

I will also say that Storm has slipped seamlessly in to the powerful/beautiful/slightly bland mold that Sue Storm has established since 1961. I mean, you could swap Ororo out for Invisible Woman permanently and I wouldn't blink too much. She's a good teammate, a dutiful wife, and her powers are comparable to Sue's.

However, as much as I like Black Panther, his powers really aren't weird enough to replace Mr. Fantastic. T'Challa really belongs as a team leader on "The Avengers."

Gone but Not Forgotten
Hey, the recent uproar over the cancelled DC Showcase volumes has brought up a good point:

What makes readers so passionately interested in old properties like "Captain Carrot," "Suicide Squad," and "The Inferior Five"?

I think the Captain Carrot appeal is largely a nostalgic one. Many of us grew up with "C.C." and "Peter Porker the Amazing Spider-Ham." The books were entertaining but had a certain naive humorous charm that maybe more comics for kids should have nowadays but don't.

The original "Suicide Squad" is a damn good read and if you can find a set to read straight through I would highly recommend it. "Thunderbolts" before there was "Thunderbolts." It was DC at its best -- great plotting, great story, characters with a rich, textured history, and no gimmicks. The set goes for a lot on eBay -- WHICH IS WHY THAT SHOWCASE WOULDA BEEN NIIIIICE!

As for the "Inferior Five," well...there's no damn excuse for them.

Anywho, why doesn't DC release the "Captain Carrots" in a kid-friendly digest format and "Suicide Squad" out in color trade paperbacks? Just a thought.


DC Challenge
DC Comics can completely turn the ship around and fix both "Countdown" and their quagmire. It would take about 4-6 months from start to implementation. If they wanted to, they completely could do it.

They should take a tip from Gilgongo Comics, and see how they turned things around... 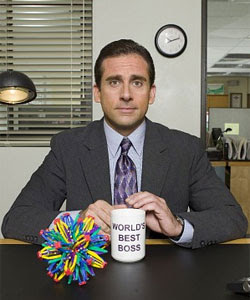 "Lemons into the Lemonade Kid"

You remember the Lemonade Kid, don't you?

The Lemonade Kid -- real name Sammy Sauerbraten -- was a founding member of that beloved team "The Action Adolescents."

He squirted a sticky substance from his fingers that made men blind.

Sammy was known around the A.A. clubhouse for his quick wit and generosity of nature.

During the "Panic Attack" crossover limited series, an FBI agent suddenly blew Sammy's head off during a raid on a meth lab gone horribly wrong. Yes, just like in "The Departed."

But many of you didn't get the brilliant Martin Scorcese reference, and blasted Lemonade Kid's death as "overly graphic" and "meaningless."

So then we brought Sammy Sauerbraten back and made him the star of our 124-issue landmark maxi-series "The Colossal End Of Everything." Every goddamn issue featured Sam and was full of wackiness and mirth.

But you f**king readers are never satisfied.

But that's ok. I really like you all. No really, it's fine. I get it. Really.

I realize that online there have been calls for my resignation. Of course, most people who hang out on the internet too long get too much radiation in their testicles because they're balancing their goddamn laptops on their scrotums. But that's not really for me to say.

But the truth of the matter is that I am like Captain Kirk and Gilgongo is my Enterprise. I'm white and Gilgongo is rice. I love this goddamn company. And if there is some tribble that is harming it, eating its chrome finish with its delicate, barely-visible flat broad teeth, I want to stop it. I want things to be right again, just like they were when they beat that witch in "The Wiz" and everybody started peeling off their clothes and dancing on top of the tables.

We may have lemons at the moment. But from lemons come the Lemonade Kid. And that f**ker is going to die. I mean, next issue. If I have to draw that f**ker myself and drive up to the printer and manually paste it in.

So join us for a brand new era in Gilgongo Comics! I'm really excited, aren't you?


But Seriously, Folks
If "Countdown" became noticeably better and the overall quality of the DC Universe line picked up, I'd be the first to jump up-and-down and praise it. Because nobody can argue with kick-ass comics. I mean, I find "Batman" and "Detective Comics" good. So that's my DC Challenge. Bring on the good stuff, baby!