Wizard Universe has a nice set of Gary Frank sketches foreshadowing what we can expect from his new run on "Action Comics."

Frank is, without a doubt, one of my absolute favorite artists. And he draws women *good* (a little thin, but good).

When asked about the difficuties of making a female teenage character attractive but not over-sexualized, Frank said:

“The main thing is to keep her hips narrow and not go too crazy with the chest,” reveals Frank. “The legs needed to be kind of gangly, too, like those of a foal. "

For some reason I'm getting an image of Bambi running through my head, but ok.

Frank's Lois Lane, however, is the real gem of the lot: 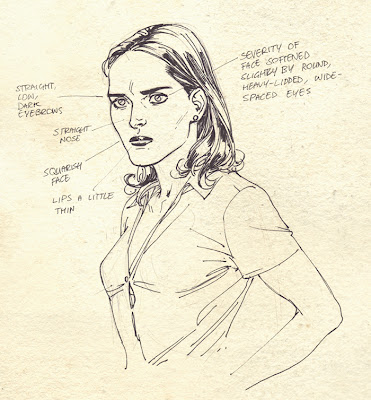 “I didn’t want her to be this tall, voluptuous beauty that takes men’s breath away when she enters a room. Geoff said that it was fine if no one noticed her when she entered the room, but after she had said her piece, all eyes would be on her when she left. For her build, I just wanted her to have strong, defined legs that looked made specifically for stomping in and out of editors’ offices.”