The Seven Deadly Sins Of The Comic Book Industry 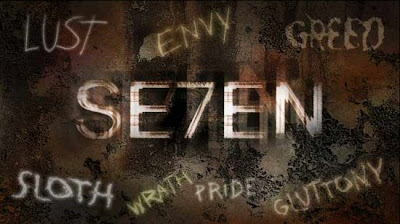 1. Continuity Porn: Hey, I enjoy delving into the rich histories of the larger comic book companies' output as much as the next fan. But please don't assume I do. Don't assume I can differentiate between Chemo & the Anti-Monitor at the "big reveal" of "Sinestro Corps" #1. Don't assume that when I see Elektra turn into a Skrull it will automatically ring any bells. Don't assume that I care. Assume I am a first-time reader. Because I might be. Because without some more first-time readers -- or readers that have come back to the hobby after ten, fifteen years -- you can't grow your readership. Don't give me a weak book like "Countdown" where its only claim to fame is that it digs out obscure characters and puts them in wacky situations. Please do include recaps at the beginning of each issue -- especially if the book is a tie-in to another event.

2. Lack of Diversity: Comics is still a white straight male industry -- if we judge by the diversity of the current characters, talent, and editorial. There is still a disproportionately low number of superheroes of color in mainstream comic books. Gay characters are introduced to great fanfare & publicity only to disappear, become marginalized, or have their sexuality retconned out. And as for women -- well, we all know what a clusterf**k that's been. Diversity shouldn't have to be mandated in a corporate memo (believe me, it has in the past). It should emerge organically from the diverse talent & editorial you hire for your company.

3. Insularity: There is a tendency, sometimes even among the best editors, to get comfortable with a small group of talent that you've successfully used over and over again. And that's great. If it ain't broke, don't fix it. The problem is, that sometimes instead of reaching out for new talent or talking up some talent you haven't used before, you simply rely on the same two or three people way too much. Even for projects that are inappropriate. Because it's easier. Because you're overworked and it's just easier. And it shows. Editors have gotten fired for doing this. But even whole companies depend way too much on a select group of talent. Hey, I like Brian Michael Bendis & Geoff Johns. But maybe lend the keys to the kingdom to somebody else for a while, just to mix it up.

4. The alienation of children & parents: If the book is obviously inappropriate for children and it features popular superheroes and you don't put a rating or a "mature readers" label on it, you are an ass. You are a big ass.

5. Old-World thinking: Comics needs to more thoroughly break out of old-world/old-school thinking in order to compete and survive. There are steps being made to get more-up-to-date, but this industry is notoriously stubborn when it comes to change. The switch to electronic coloring & lettering, at least from where I sat, was torturous. The mainstream has to more aggressively pursue backlist-on-DVD programs, online comics, mobile phone comics, and point-of-purchase. More focus groups have to be conducted to see how exactly they can produce product that would appeal to females. Even simply admitting that females are a huge viable potential market would be a step in the right direction.

6. Quantity over quality: Here's a sin that the indie companies commit sometimes as much as the mainstream. This market is thoroughly glutted with product -- some of it good, some of it bad, and a lot that fall into "mediocre." It's simply too many choices, too many books, not enough winners. It reminds me of the DC "Implosion" of the 1970s and the B&W comics glut of the 80's. A publisher, especially if it's small, is better off concentrating their resources on 5 really good books than 15 books of varying quality.

7. Editorially-driven content: Editorially-driven content strangles the life out of comic books. When editors and become the creative forces behind the structures and events of stories and the writers just technicians hired to execute it, you get lifeless, listless, generic books. A good editor will step back and let the talent shape the tale; and if the talent isn't talented enough to shape a tale that sells, as editor you are responsible because you hired the writer.

The problematic "Unofficial Eighth Sin" -- A Question of Creator Rights: This is a tricky one. Without the incentive of owning the character, the publishing house doesn't feel it is worth printing the book. Without the incentive of owning the character, the creator will not offer the publisher their best work. Perhaps the best work that has been produced under the "no rights for you" system was by Kirby, Siegel & Schuster, et al: they didn't really know they had any rights. Perhaps we need to go back to a world where comic creators don't know they are entitled to rights until it is too late. This seems to be the best system, at least in terms of producing the next Spiderman or Superman. But this is the situation, and the only other options are to self-publish, form creator consortiums, or convince the biggest publishers to pretty-please want less.
Posted by Verge at 9:28 AM