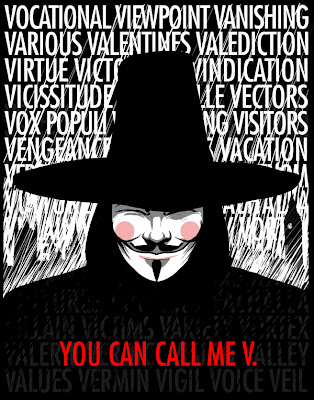 I don't know if you've ever been to the SDCC or not, but it is extremely overwhelming, even for a Con veteran. It's like letting a puppy into a football stadium crammed to the rafters with pinwheels and police sirens; sensory overload, and perhaps even a bit of mess on the floor.

The anchors of the show are the DC and Marvel booths, roughly one or two booths-space away from each other. From there the Con grows out exponentially -- Dark Horse, Image, so on, and so on, then the toys, then the games, then the movies and TV, then, somewhere in the back, Artists' Alley.

To give you some idea of how big the exhibitor's hall is, picture this: you look straight down the room at the banners hanging overhead that give the row numbers, and those banners get smaller and smaller until there is just a dot on the horizon. It's like an Escher painting.

And when you're done being overwhelmed, head for the bar at the Hyatt and get a little smashed. You're bound to rub shoulders with members of the comics cognoscenti and the alcohol will make you forget all about the Slave Leia Presentation at the Gentle Giant booth.


Why You Should Do Your Own Thing

A personal hallmark for me regarding the Con was touching base with people I haven't seen/spoken to in like 3-5 years. One of those people was Dan Goldman. I used to work with Dan at DC Comics. I remember the day he left. He had this well-worn sketchbook filled with his drawings in his hand. He said that he would like to just concentrate more on his comic work.

Now, the usual response among co-workers, family, and other various peoples to such an idealistic declaration after leaving a job is: "oh yeah, right -- work on your Art." To leave a secure job as an Editor or Advertising guru or Marketer and not have another somesuch occupation lined up, but instead express a wish to tend to one's creative urge -- that's crazy.

The very first thing I noticed when I ran into Dan again was just the purity of spirit, the high energy, surrounding him. Physically, he might have been the same; maybe a little leaner, a little tighter. But energy-wise this was a whole new person.

Dan is a founding member of Act-I-Vate, a popular collective of webcomic producers providing free daily online content. He is also the artist on the acclaimed Shooting War webcomic, which has been lauded by Entertainment Weekly & Rolling Stone and has a hardcover graphic novel coming out in November of this year.

Dan got where he is by hard work and a binding decision not just to follow his dream but make sure he followed it with integrity. He didn't ask, "what are the hot trends now that I can ape/take advantage of/model my style after?" He created his own trend.

If you have a lot you want to say -- a lot to draw, and/or a lot to write -- and you're struggling, consider creating your own trend.

The initial reaction I will usually get from a current or former DC colleague is something along the lines of, "YOU'RE ALIVE?! HOW ARE YOU?" Generally all who I speak to are very nice to me. Some have heard of my blog and give me the Che Guevera hand salute. Some have read the blog and didn't realize it was me. Some only remember me being there one day, not there the next, and never having an explanation.

If they have never heard of the blog or my experiences, or if they were hired after I left, I generally never mention anything. I don't mention anything not to cover things up, but because you don't need to hear s**t like that about a place where you work. It's burdensome information. In the end, they are all trying to get by, to achieve, to just make a damn living.

In the end, people grow old, are romanticized, sentimentalized, their histories shaped by caring and sympathetic hands. This is an inevitability I have learned to live with. What stops me from being a complete on-fire ass-kicker bitch-from-hell in this industry is the tacit understanding of this inevitability.

For there are not just the idealized heroes on the page but from behind-the-scenes. Going to SDCC, this of course is obvious.

And what I have done, if anything, is take the usual "loser" in that history, the "negative factor" in the equation, the ignored, the silenced, the never-was, the footnote, the Red Shirt, hapless Spartan #56, the 1930's starlet who gave and gave and gave head and got nothing but this lousy T-shirt, who was told that the air quality was safe, who was told to stay in the building and wait for help to come, who had their belongings dumped in the damned-dumpy-dump-dumpster that was specially called in just to clean out that very office, who had to go along with the n-word jokes because he didn't want to seem "angry," who had to go along with the homo jokes because he didn't want to seem "radical," who had to go along with the boob jokes because she didn't want to seem "bitchy," those whose silence was the biggest asset they had -- what I have done is offer an option, an outlet, a methodology, a mouthpiece, an example.

But actually, I haven't done a goddamn thing. The Internet did it.

The Internet gives you the opportunity to have your own histories and versions sit alongside those oh-so-very-carefully crafted narratives of those who Matter. You might use the Internet and pretend you matter, pretend so very hard, until your realize that the field is level, the rules have changed, and it is YOU who matters, matters to you and yours and your clan.

YOU MATTER. Your story matters -- the story of your life, and the stories you dream up every day, drifting up from your unconscious like spirals of smoke.

One thing that impressed me about the San Diego Comic Con was that the DC & Marvel booths were not so very much bigger than those of the smaller companies. For some reason, I expected The Big Two to have something along the lines of a modest Emerald City in the Exhibitor Hall, a doorway into a multi-media mansion where Spider-Man and Countdown dropped off trees like manna and enraptured the viewer.

But the reality was, the booths were not so very much bigger.

A booth I hung out for a while was that of The Antidote Trust, a consortium of comic creators. As they refer to themselves: "an arsenal of mutually-sustaining "indie" publishers.

What first caught my eye at their booth was, admittedly, a couch. I was f**king tired, and their impromptu set-up of soft seating and candy-and-comics-strewn tables was quite inviting.

But the second thing I noticed was an action figure of an African-American female pilot. The figure was of Bessie Smith, the first Black woman to earn a pilot's license in America.

And I thought: Bessie Smith. The very last person any major company preparing entertainment and amusements for mass consumption would think of using for their products. Who she was and what she stood for: useless, in terms of the status quo. Better get Jenna Jameson instead.

The people who control the media control the people. People are controlled in a passive fashion by the media, media acting as an opiate and maintaining cultural norms and discouraging dialogue and dissent.

But with the Internet and the D.I.Y. revolution, YOU control the media.


Thank You For Kicking My Shins -- My Shins, They Are Thanking You

A year back I wrote a blog post about thanking the idiots in your life who hurt you. You won't find it on this blog, because that was before I went ape-s**t and erased everything and wrote "Goodbye To Comics."

But there was a moment at the show, a single shiny random handful of minutes, where I was so intensely grateful to the individual who hurt me I could have said "thank you" aloud.

Thank you for thinking I was somebody else, some nameless interchangeable dot, someone who might have fled and burrowed her way into a more accommodating field like teaching or library sciences and never be heard in this neck of the woods again.

Thank you for intimidating me -- it made me hyperaware of my weak arms and weaker stomach, and how I needed to get strong.


At A Crosswalk In front Of the Convention Center:

A young man in his twenties with a "Creator" badge turns and looks at me.

"Hey. You're that Occasional Superheroine, aren't you? You're Valerie."
Posted by Verge at 9:51 AM