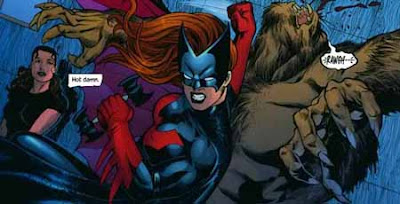 It's been confirmed again by DC that there is no Batwoman series or mini-series in the near future.

Just what is so damned difficult in getting this series off the ground, other than the fact it stars a gay member of the Batman franchise?

If her sexuality wasn't an issue, and DC really wanted to make a series starring her, they would have done it already. I mean, they're doing a new Ambush Bug series -- and Ambush Bug was rumored to be a character they would NEVER use again, due to Keith Giffen's constant pokes at Time Warner's expense during the original run.

Of course, there might be other (sometimes related) complicating factors:

* The Dark Knight movie coming out this year, and fears of "confusing the brand."

* The new push DC is making with the Batgirl character (finally wising up to the fact that the classic Batgirl is a licensing goldmine and it might do well to reintegrate her into the DCU).

In all of this, I have to ponder what became of the Batwoman mini-series Devin Grayson was supposed to do, and how long-time DC writer Grayson was allegedly treated:

“I won't pretend not to be resentful of how badly DC treated me in that exchange, but the majority of my concern and sympathy goes out to the character, who was basically thrown away by a company which had a lot of support to make her successful and unique. My experiences up to that point had been much more positive, although admittedly less ambitious, and it was really sad and discouraging to see the ball so badly dropped.”

I find the fact that there is still no Batwoman series in the works incredibly disappointing, though hardly surprising.

I guess maybe there is just no place in the heart of the mass-market for entertainment starring a self-confident out lesbian: 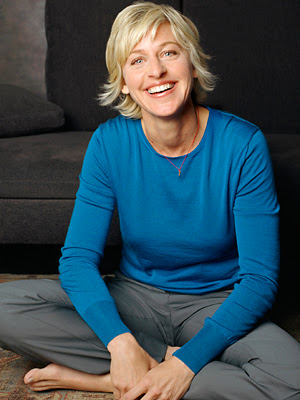 Email ThisBlogThis!Share to TwitterShare to FacebookShare to Pinterest
Labels: Batwoman, homosexuality in comics