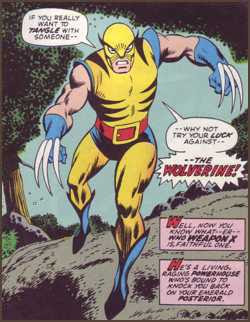 I want to start this post by admitting that before today, I had no idea Herb Trimpe co-created Wolverine. That leads into the topic of this post, which are Trimpe's comments about "corporate comics." In short, he recently told a reporter at a Boston comic convention:

* Today, "decisions are made by people who don't know a lot about comics. It's all very corporate."

* Businessmen are "not very human" to the artists and will dispose of them when fresh and hipper talent walks through the door.

* Artists are the ones who should be telling the stories first, like in the early Marvel days -- not scripters.

Certainly, more and more people from outside the comic book industry are being pulled into the business. They are, in some cases, actively being sought out. Part of this is the result of the increasing synergy between comics and other entertainment mediums. And part of this is because I don't think mainstream comics has done enough to build editorial talent from within, resulting in a deficit of assistants and associates ready to take on the job via natural succession (though I have recently heard of some promotions that made me very happy and restored my faith in this business).

Then there is Trimpe's point regarding of what I call "the flavor of the month" phenomenon. I've heard too many stories first-hand of artists and writers this is happened to to dispute Trimpe's claim. On the other hand, I am happy to see classic artists and writers like Jim Starlin, Keith Giffen, and Roy Thomas having new books on the stands.

Lastly, I have to quibble about artist-driven versus writer-driven stories. I think it really depends on the artist in question, and whether they have the facility for great visual storytelling.


Postscript: There is some debate as to how much of Wolverine Herb Trimpe created. Dave Cockrum came up with a rough idea, then John Romita drew a few designs. 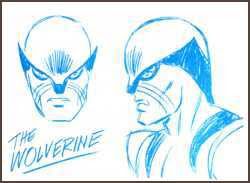 What is clear is that Trimpe did draw the very first Wolverine story.

Anybody who has more information on the subject feel free to correct me.
Posted by Verge at 4:00 PM

Email ThisBlogThis!Share to TwitterShare to FacebookShare to Pinterest
Labels: ageism in comics, wolverine