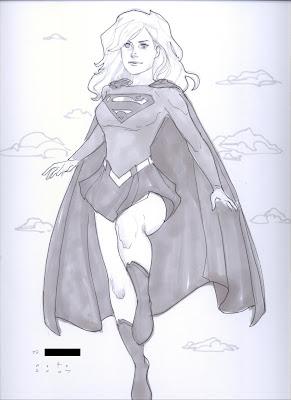 First comic you ever read: Been reading for more than 30yrs. But first one I can truly remember was Spiderman 161. Nightcrawler and Spiderman brawling at an amusement park. Punisher emptying clips everywhere. Pure childhood bliss.

Your favorite comic book "memory": Buying the first year of American Flagg back issues at age 16 after cashing my first ever work check. Reading them in one sitting and thinking I was all that, but also thinking that the medium was growing up like I was. The first year of Flagg still holds up after all these years.

Most frustrating comic book "moment": I absolutely loved Peter David's Supergirl comic, especially the first 50 issues. So when DC decided to remove Linda and Matrix from the current continuity, I was beyond perplexed.

Where/how do you buy your comics?: Pull folder set up at New England Comics

Marvel or DC?: Historically DC, although I tend to follow writers now, so I am pretty much 50/50 now.

Personal motto: It's all good

How did you start reading "Occasional Superheroine?": happened upon it as a link one day, read regularly, comment rarely