So we finally have a movie about vagina dentata: 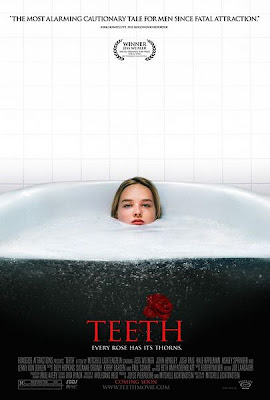 In the case of Teeth, if some of the marketing copy is to be believed, the teeth in her vagina symbolizes her sexual repression.

So is this movie a feminist tale of revenge and a woman retaking her power? Or is it making fun of that idea?

Here is the "personal ad" seen on the Internet that is really an ad for the film:

And here is a link to the main character's Dawn MySpace, which has as its tagline, "must love dental dams!"

Now, dental dams are traditionally associated with a form of protection against STDs that lesbians use. Is the line, then, not only referring to her toothed hoohah but is a subliminal reference to gay women? Does Dawn not only have teeth in her vagina because she is sexually repressed, but because she hates men, and because she may not even "like" men?

Perhaps this movie is more about paranoid men's fears than about any sort of feminist empowerment. Which reminds me of other classic "women's revenge" flicks: 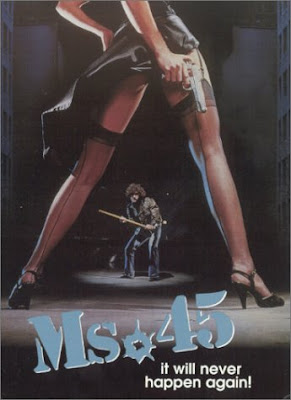 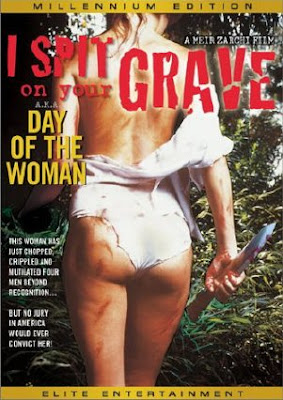 But, in the end, I think the real message the movie might be trying to impart is not women's empowerment, or women's revenge, or even primal make fears. It seems that the real culprit might be... 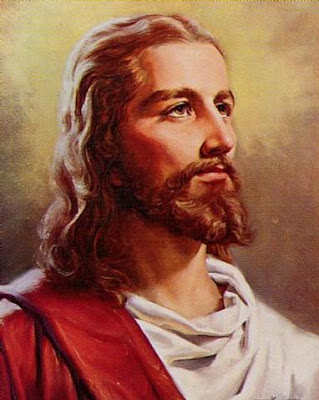 See, a big point in the film is that Dawn is a Christian, and is raised to wait for marriage before having sex. So it seems that being a serious Christian & devoted to chastity might give you vagina dentata.

Has making fun of Christians in the popular media grown old yet? Is there any more cheap shots to make? While I completely disagree with the traditional Christian stance on birth control, is the idea of a teenager waiting to have sex until they at least graduate high school so absolutely insane-crazy?

Anyway, here is a horror film about the sexual issues of teenage girls that I actually know is very good: 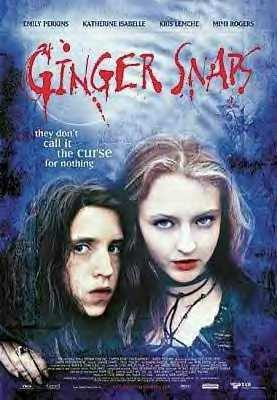 In Ginger Snaps, these sexual issues and related issues of power are represented not by vagina dentata, but by one's menstrual period. Oh, and werewolves.

It remains to be seen if Teeth will be as good as Ginger Snaps -- if it is, as some reports say, an "art" horror film, or just sensationalistic.
Posted by Verge at 1:00 PM