Marvel's "The Twelve" The New "Watchmen"? 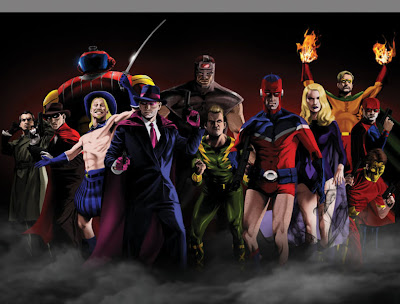 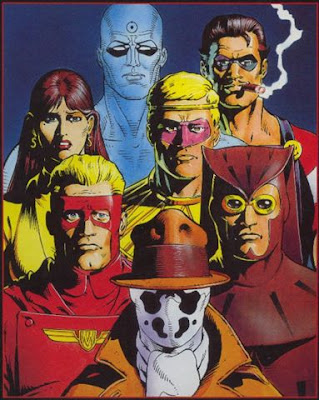 It was the death of swashbuckling character Blue Blade, reminiscent for me of that of The Comedian, that really sunk in the Watchmen comparison. Certainly Weston's art -- superb -- helped that connection along.

But, whether JMS's story has the texture and depth of Alan Moore's masterpiece remains to be seen. I think relating this tale about the dark side of Golden Age heroes to the DC mini The Golden Age -- or even the recent Grant Morrison arc of Batman with the "Batmen of many nations" storyline/murder mystery -- might be more apropos. 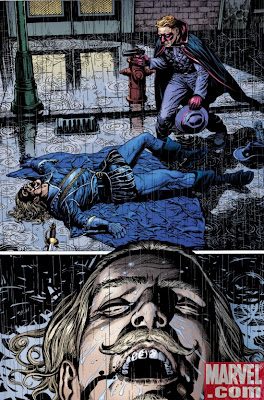 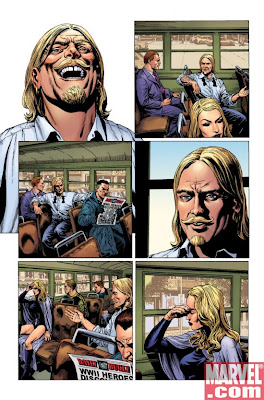 Email ThisBlogThis!Share to TwitterShare to FacebookShare to Pinterest
Labels: The Twelve, watchmen