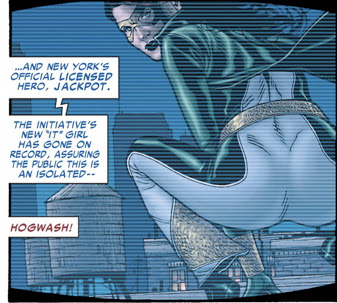 In response to my post regarding Jackpot's butt, "Brand New Day" editor Stephen Wacker has made a request to me for equal time -- pointing out that Phil Jimenez had already depicted Spidey's butt on the cover of "Amazing Spider-Man: Swing Shift": 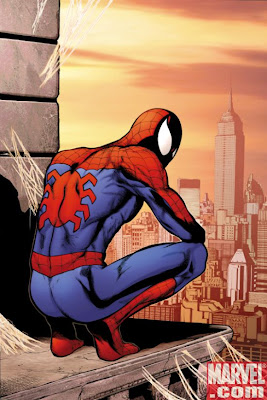 Curiously, it has also been pointed out to me by "D the G" that "Jackpot" makes her first appearance in May 2007's "Swing Shift," a Free Comic Book Day issue written by "Brand New day" scribe Dan Slott: 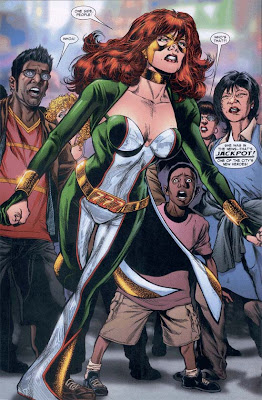 Could Jackpot really be Mary Jane? 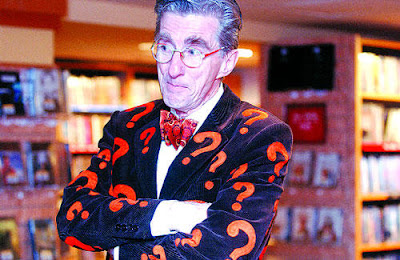 This of course brings me to Firestar. "Firestar?", you say? What does her butt have to do with anything?

Legend has it that originally Mary Jane was supposed to be Firestar (originally called "Heatwave") in the 1980s "Spider-man And His Amazing Friends" cartoon:

This model sheet looks curiously like MJ, doesn't it? 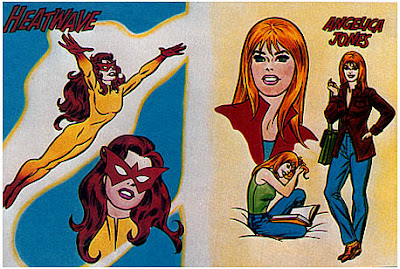 So the question remains: if Jackpot is indeed Mary Jane, is "Brand New Day" an attempt to marginalize or spotlight her? If there have been complaints in the blogosphere regarding Mary Jane's passivity, would Mary Jane-as-superheroine go far to dispel that?