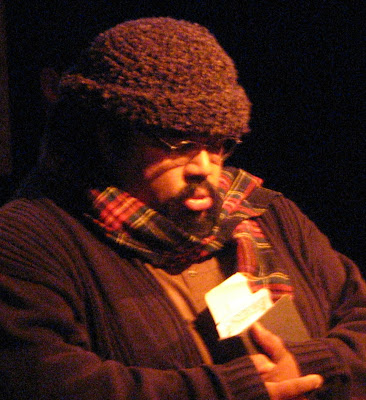 Fave writer: Alan Moore, although recently I've been all about Gail Simone!

First comic you ever read: Don't know. That was pretty early in life -- maybe an FF, maybe a Spider-Man.

Your favorite comic book "memory": 1976 I had a friend who was collecting big. So I was reading his comics and had none of my own. One day this kid came to the door selling Marvel subscriptions. I figured I could afford just one but stalled looking over this huge list. Looking for titles my friend wasn't already collecting, I asked, "What's this Marvel Team-Up?" "Oh," said the kid, "It's Spider-Man and a guest hero every month." Two heroes for the price of one; that clinched it for my ultra-cheap, little kid mind. Little did I know that I was signing on to John Byrne's and Chris Claremont's epic run of Marvel Team-Up. Those are some of my most cherished comics to this day.

Most frustrating comic book "moment": The death of Superman. Low point achieved. No, wait! The resurrection of Jean Grey so they could reunite the original team for X-Factor. One of the greatest comics stories detoothed just like that.

Where/how do you buy your comics?: Subscribe through a local shop. Buy weekly.

Marvel or DC?: Marvel. Though I like DC, you just can't beat an old guy who looks like a low-rent Groucho Marx yelling, "Excelsior!" C'mon, is that even a word? Do we care?

Personal motto: "Many paths to the Buddha."

How did you start reading "Occasional Superheroine?": Hmm ... I think I came here from Sequential Tart. I'm actually very frustrated with the way comic artists fetishize breasts. As you can imagine, not many guys share this opinion. I look to women comic fans to touch base with reality and refuel.
Posted by Verge at 11:00 PM