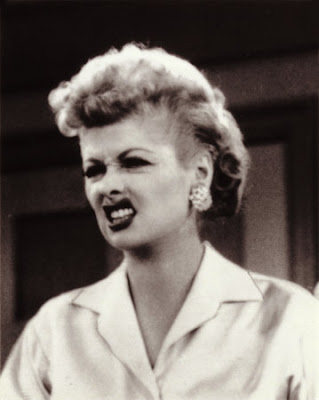 Last night:
"Honey, my laptop stopped working."
"Did you try to rebooting it?"
"Several times."
"Well give it ten minutes and go back to it."

Three hours later:
"Sweetheart, go to bed."
"It should work, darn it!"
"Stop pressing that button."

7:00:
"Baby, how's that troubleshooting coming along?"
"Well, it says we need to just insert the startup disc while rebooting."
"Uh...I don't think we can do that."
"Why?"
"There's a disc in there already."
"A computer disc?"
"No, an audio disc. Of that all-girl Medieval yodeling band. I put it in there because I thought it would help the computer shake its malaise."
"..."
"It's bad, isn't it?"

9:00:
"So sweetheart, what-say we try reformatting that other laptop you had?"
"The one with the viruses all over it?"
"That's the one."
"What about my Mac?"
"The Mac is going to have to go to the shop."

10:00:
"You know, this was totally preventable. You could have downloaded a tiny little file months ago."
"I love you."