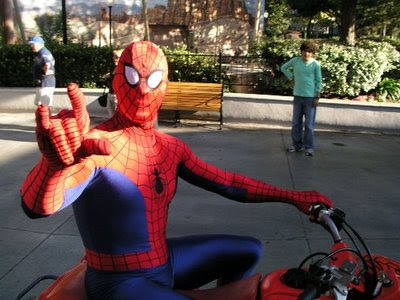 Universal’s contract with Marvel expired at the end of 2007, meaning the superhero characters will no longer pose for photos with visitors or appear on T-shirts and other souvenirs sold inside the movie theme park. In recent months, Universal added Simpsons and Scooby-Doo walk-around characters in anticipation of Spidey’s ignoble departure.

Where will the new crop of fake plush Hulk muscles and rubber Wolverine claws congregate with the Universal theme parks out of the picture?

I remember getting "Wolverine's" autograph at the comic book store when I was 16. It was teh awesome. He signed it, "Thanks! Wolverine"

Of note is "I'm The Juggernaut, Bitch" and "Mr. Fantastic Gets Jiggy With It."

"It's like a virus of awfulness, in which one ridiculous element leads to the next." 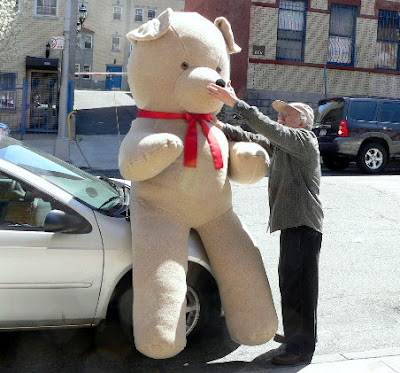 "Great Sun of Krypton, WHY?"

Comic Mix's Michael Davis lists all the reasons he's not a conservative. Reason #4? "I Like Sex."

John Byrne might have a new original series coming out from IDW...but he's being coy about it.

Is the TV theme song as we know it dead?

"My hunch is that modern TV producers fear flip-happy viewers will take any excuse to surf away from a show and sample other channels. Eliminating the theme song is just another way to deal with the multitude of channels and remote control technology offered today's consumer, locking them into an unfolding show before they even realize it has begun."

9. "Chico and the Man" -- I don't even remember the lyrics, but I think it was about that old dude and how he don't understand.

8. "The Fall Guy" -- How can you not love Lee Majors singing Country?

6. "Different Strokes" -- I defy you to listen to this song and not be happy.

4. "Silver Spoons" -- Sometimes when there is a pregnant pause in conversation with my BF, I will say "well, here we are," and he'll respond, "face-to-face, a couple of..."