New Voices: The Next Generation Of Comics Creators 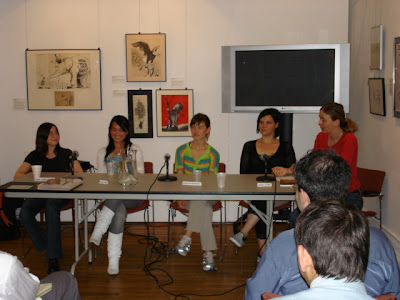 I was going to title this post "New Voices: The Next Generation of Female Comics Creators," but if I took anything with me from yesterday's panel discussion sponsored by Friends of Lulu and held at The Museum of Comic and Cartoon Art in NYC, it was that gender wasn't the point. These artists are expanding the boundaries and potential of the medium, period.

Panelists Miss Lasko-Gross, Yali Lin, Danica Novgorodoff, and Nikki Cook are four talented women who stand at the forefront of the graphic novel revolution. Laurel Maury from Publisher's Weekly asked the artists about their backgrounds, influences, current projects, and their opinions on the apparent sea change the comics market has undergone over the last several years. 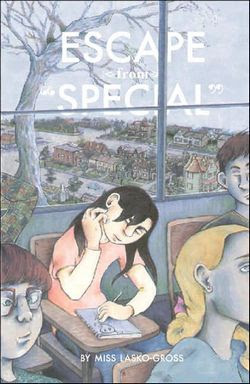 Maury pointed out the current boom in graphic novel sales, fueled in part by manga, that has radically altered the market landscape. Coincidentally I had received a press release from Viz Media later that night regarding the manga publisher holding 33 of the top 50 spots in Nielsen's BookScan graphic novel list for the week of September 23. Heck, just the fact that Nielsen BookScan had a graphic novel list floored me.

"I would love to draw Spider-Man," Nikki Cook said in response to a question regarding eventually doing work for mainstream comics. "But I'm willing to wait. I'm more concerned right now about making really good comics." 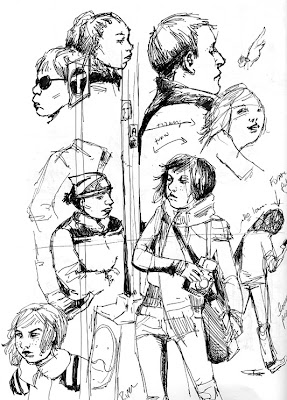 Cook is currently working on a graphic novel with Brian Wood for Topshelf Comix called Dogs Day End, and is a member of the webcomic collective ACT-I-VATE.

"It seems they are sometimes more willing to go with established male writers from other fields who apparently know what women want to read than some of the women who are trying to pitch ideas to them," Miss Lasko-Gross commented on the topic of mainstream comic industry initiatives to make graphic novels specifically for women. 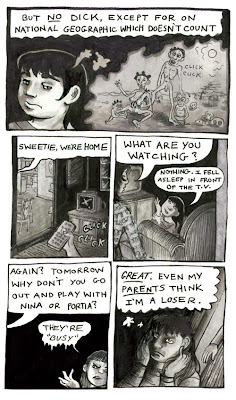 Miss Lasko-Gross
Lasko-Gross's debut graphic novel, "Escape From Special," is currently out from Fantagraphics Press. She is also a member of the House of Twelve comics collective.

Yali Lin
One recent hire has been Yali Lin, who is currently drawing a manga adaptation of "Romeo & Juliet" for John Wiley & Sons. She also teaches Cartooning to young teens in lower Manhattan.

Then there is Danica Novgorodoff, creator of the Isotope Award-winning minicomic "A Late Freeze" whose first graphic novel, "A Slow Storm," will be published by First Second next year. 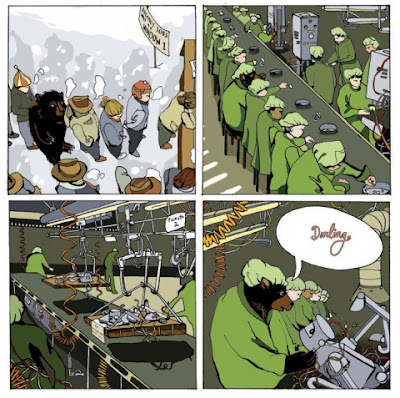 Danica Novgorodoff
Watching these artists speak at the "New Voices" panel, I was struck by the fact that I was indeed looking at the next generation of comic book creators, that these women, with their dynamic vision & unique voices, were evolving and shaping, one page at a time, the graphic medium and what it can be.

A word about the New York Chapter of Friends of Lulu's "Women & Comics" series: These talks are part of MoCCA's "MoCCA Mondays" series, and spotlight various topics and comic creators. If you would like to get involved with Friends of Lulu and/or would like to become a member, please visit their website!
Posted by Verge at 7:47 AM