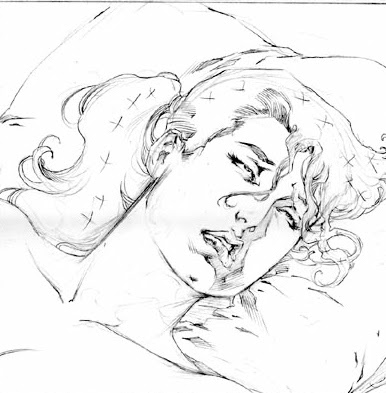 From the "Who Is The Question?" blog, part of a long interview with Mr. Gregory Rucka.

You know, aside from the question of whether this level of nudity and sex is appropriate for a non-"mature readers" book, I wouldn't mind it -- if gay male characters in mainstream comics were afforded the same level of frankness and depiction of sensuality.

But, as we have witnessed from male reader "outrage" at the Citizen Steel "boner" controversy, I doubt that's going to happen any time soon.
Posted by Verge at 2:17 PM

Email ThisBlogThis!Share to TwitterShare to FacebookShare to Pinterest
Labels: 52, homosexuality in comics, the question