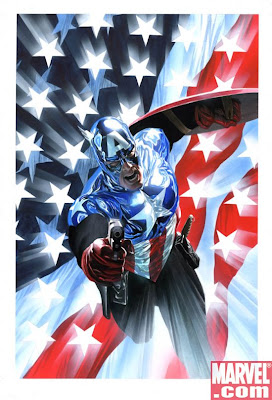 But who is this man in the strangely sensual combo of black spandex and patriotic chestplate?

Marvel's been keeping this one pretty mum.

I would like to think Clint Barton, for the following reasons

2. Idolized Captain America while they were on "Avengers" (read the old issues especially...Hawkeye starts out like a wiseass to him, but then respects him).

3. He was Ronin for a while. A Ronin is as masterless samurai. Captain America was Nomad for a while, "man without a country." See? See?

5. Clint has an edgy quality that I think would work in an updated Cap.

So anyway, that's who I'm pushing for. 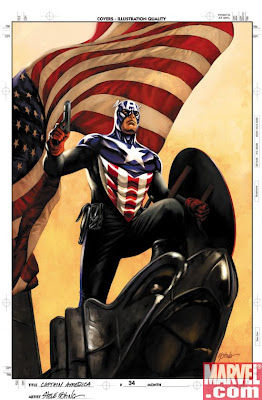 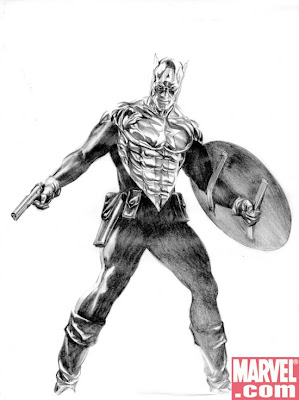 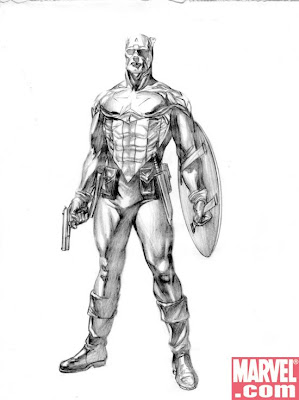 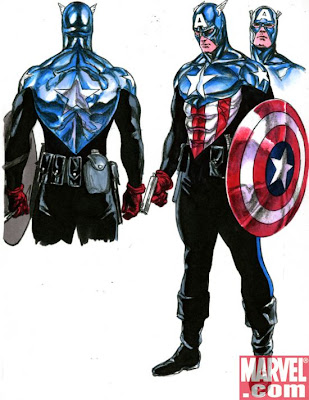