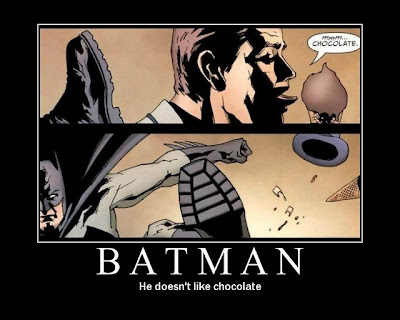 Welcome to Fangirl Fridays, The Preeminent Something Of Comics Something-Something

Okay, so yesterday I decided to wear my Wonder Woman camisole with a fancy jacket.

"Camisole" is a fancy way of saying "one half of a pair of WW Underoos." But it's a tank top, basically.

My BF had surprised me with this set a few weeks ago: 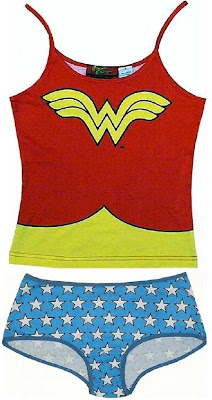 The details of which is another post entirely. Suffice to say he owned a pair of Superman briefs and leave it at that.

But anyway, the whole ensemble I wore yesterday was very tasteful -- no belly, no boobage. No, I didn't wear the underpants outside, I had jeans, boots. Not outwardly sexy at all.

But I got stared at from the very moment I left the apartment.

And people would stop me in the middle of the street and go:

I had middle-aged accountant-types doing the Lynda Carter costume-change twirl.

I had groups of twenty-somethings of both genders stop and scream out:

Of course, I had to wait for my BF in front of a comic shop -- so this only got worse.

Now as I said before, there was no boobage involved -- the camisole was a little baggy and between that and the jacket there was not a lot of cleavage or skin or anything. Very plain.

But I think it's the magnetic quality of that "WW" icon -- the colors, the symbol, everything -- that draws people. It's instantly recognizable. It provokes a reaction. It's like the Superman & Batman symbol.

Which is why I think a well-executed Wonder Woman comic, movie, or TV series would be a huge success. The appeal is being seriously underestimated.

When starting a "universe-shattering" & "relevant" mini-series event, have the first issue end with the husband coming home to find the wife dead amongst the now-ironic detritus of their once-idyllic domestic life. It's kind of a cheap shot, but it does keep them coming back for seconds. 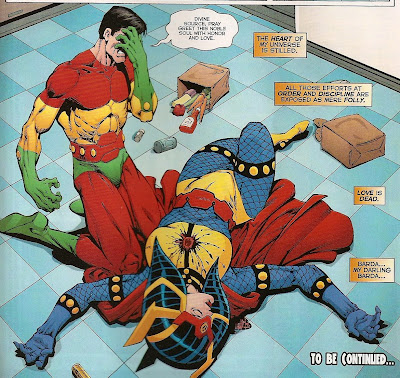 "And also, people don’t like cats, so it gets a bit more of a pass. Most people reading New Avengers are dog people. "

"Strip Search Sally" And Other Halloween Options For The Ladies
Comics Fairplay posted this list of the top women's Halloween costumes according to Halloweenmart.com:

Now I have to admit, "Referee" was rather encouraging because that's an occupation of some power and skill. See, you can be: 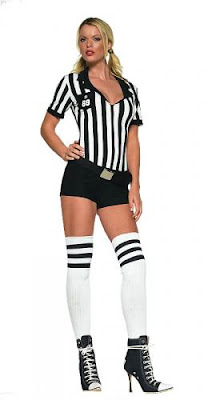 Of course, it also should be noted that nobody is putting a gun to these women's heads to buy this stuff. (Well, I did hear somebody out a gun to Tigra's head, but...)

Attended a NYC meet-up for Whitney Matheson's Pop Candy blog on USA Today.com. Pizza was served and a good time was had by all.

Hey, if I throw one of these meet-up shindigs, anybody interested?

The "Sopranos" creator expounds further on "that ending," hinting that Tony really didn't die. In the process, he manages to put down the fans of his show once again, comparing them to a bunch of "pathetic" barbaric individuals who love violence and bloodshed.

You know, I'm so sorry the rabid fanbase for the show doesn't quite match Chase's highbrow fantasies, but they are fans and they buy the DVDs and have been loyal and kept him quite wealthy so why not just suck it up? Yeah, I know you're an artiste but have a modicum of gratefulness.


Dean Cain is still looking good though. Tho not as good as Waxy Colin: 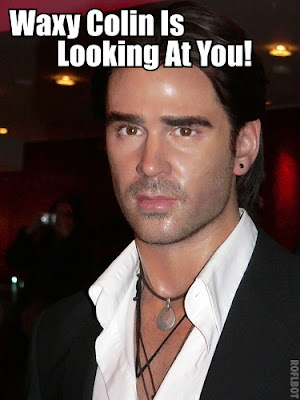 That's all we have for this edition of "Fangirl Fridays." Y'all have an excellent weekend. I know I will.