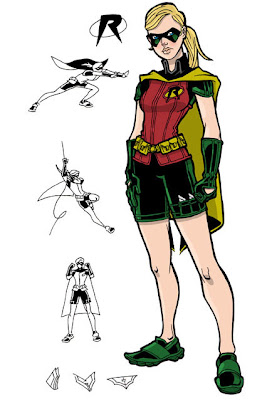 Looking at these awesome Stephanie Brown/Robin/Spoiler costume designs on the Project Rooftop blog, I cannot help but think the following:

The more you try to bury or deny something -- pretend it never existed -- the more it reasserts itself.

Let's face it: had Stephanie Brown gotten her trophy case, or didn't die horribly but cast off the Robin costume for one of a number of banal reasons, she wouldn't have captured the imagination of so many fans as she did.

But by making it a point to deny her the case, and by having Batman be so incredibly dismissive of her, and by doing so much to marginalize her and "make her go away," she's now drawn and redrawn, talked about, redesigned, reimagined, and discussed and discussed again. And not just by comic readers, but comic creators.

There is a law of physics somewhere in there. 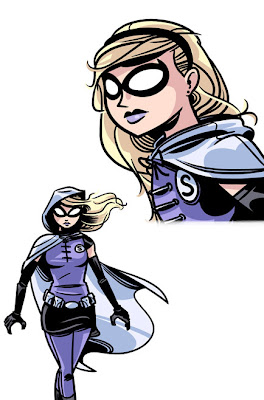 design by Dean Trippe
Posted by Verge at 7:04 AM