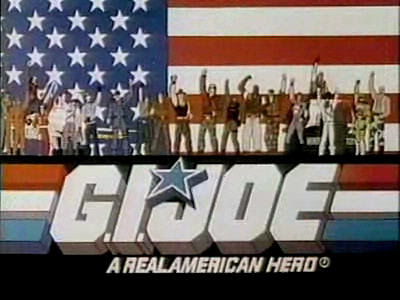 According to IGN, the new G.I. Joe movie will no longer be about American soldiers but an international fighting force headquartered in Brussels.

And the villain? From that bastion of villainy and terrorism known as...Scotland!

The official reason for this switcheroo has to do with international movie sales...and the challenge of selling "American" overseas.

Rob Moore from Paramount's marketing division told AdAge, "Until there's a [locked] script, I don't think you can really comment on what the international reaction will be. In Bourne Ultimatum, you have the story of what is essentially an American spy. But the characterization of the military and the CIA is: They're the bad guys. In any event, there are parts of the world where it's an issue, like Western Europe, and parts where it isn't, like the U.K., Australia and Asia."

However, Hasbro COO Brian Goldner assures: "GI Joe is not just a brand that represents the military; it also represents great characters."

Not just the U.S. Military -- but "great characters" as well.

Hey, I remember another great movie about an international fighting squad: