C.C. Beck on "What Comics Ought To Be" 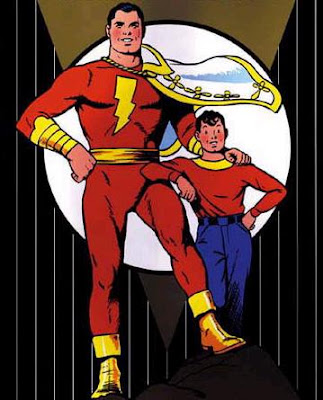 The late C.C. Beck was the co-creator of Captain Marvel & the character's chief artist.

In "Alter Ego" #72 I ran across an essay he had written in 1986. Called "Originality In Art," it is his examination of basically what comic books ought and ought not to be.

Two passages stood out for me:

"In my way of thinking, comic art is a form of entertainment. It should never touch, except very lightly, on serious subjects such a religion, sex, child and substance abuse, various kinds of perversions, and ethnic and racial matters. Few cartoon producers are qualified to handle such material, and even if they are, putting such matters into cartoon form trivializes them and doesn't entertain the kind of people who read comic strips and comic books (there are some people who don't, remember)."

Now, the above paragraphs could be written off as an "old timer's" view derived from a vastly different era. But I have heard variations of some of the above applied to everything from why rape should never be used in comic books to why gay characters can't be major characters to why Mary Marvel shouldn't walk around in a hot black sexy dress.

Your thoughts?
Posted by Verge at 5:12 PM