The Truth About Sea Monkeys 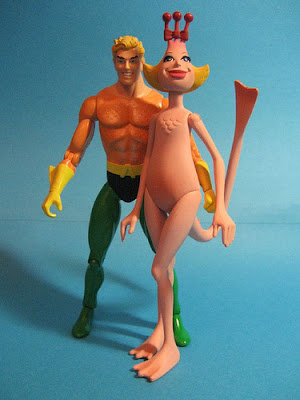 I think it's time we have a frank chat about Sea Monkeys -- who they are, and what they are not.

If you have grown up reading comic books like I have, you probably have a distinct impression what Sea Monkeys are. 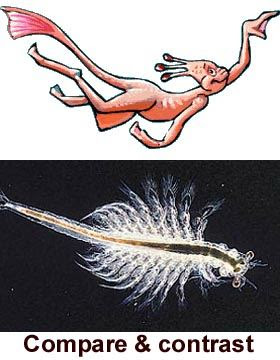 You empty these little Sea Monkey seeds -- about as big as a nail clipping from your pinkie, perhaps a little smaller -- in a glass of water.

Now, perhaps when you mailed away for the critters you went out and purchased a nice, roomy tank for them to live in. Perhaps a faux-coral duplex, with two bathrooms and a non-descript room that could be storage, could be a home-office, who knows?

But all you needed was a drinking glass.

So you empty the Sea Monkeys in there and they are supposed to "wake up" and swim around. 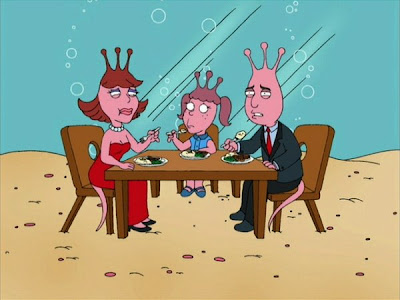 I had no such luck with my Sea Monkeys. Common phrases around my household at around the time of my acquisition of the Sea Monkeys were,

"Why aren't they moving?"

"Oh, I think they are moving. No, wait. Someone just shook the table. Sorry."

However, I had far more success with ordering the stamps.

You'd have these ads in the comics for like 1,000 stamps for 10 cents. So I ordered them, sent in a ten-cent coin taped to my letter.

Now, if you did this, you got a lot of stamps. You got them weekly, in these waxy see-through packets. 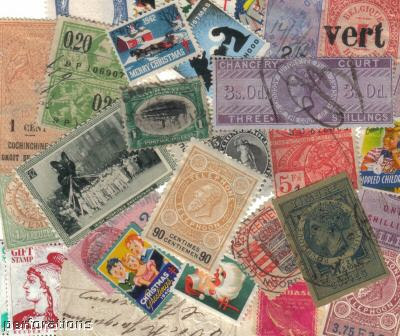 So many stamps did I receive, in fact, that at some point my mother's interest was piqued.

And that's when she discovered all the bills.

Because the first set of stamps cost ten cents. But the rest were billed to you on a regular basis. But I was seven, and did not know what a "bill" was.

So my mother paid the bills, sent a letter to the stamp company requesting a cancellation of my "account," and I was banned from sending away for any more items from comic book advertisements.

But beyond that disappointment, I was still sad about the damn Sea Monkeys.

However, there was still one thing I could count on to buoy my flagging spirits: 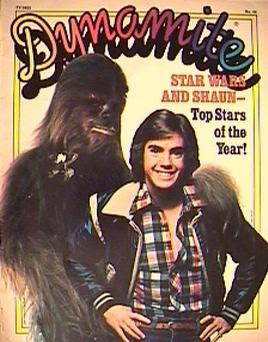