The Kids WB Is RIP 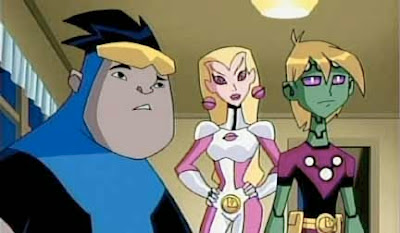 I just read on The Beat that The CW is discontinuing their Kids WB programming.

From the Toon Zone article:

"The CW has announced it will be shutting down the Kids WB! Saturday morning programming block at the end of the current 2007 - 2008 season. Rival 4Kids Entertainment will handle programming and marketing of the block starting with the new season in September 2008. Some current Kids WB programs may continue to air after the changeover, but no decisions have been have yet."

And this from Variety:

"Warner Bros. TV Group prexy Bruce Rosenblum said the company examined the Saturday morning issue "closely with our partners at CBS," and ultimately decided leasing the space to 4Kids made the most business sense. For example, by farming out Saturday morning, the net believes it can focus more ad sales energy toward the online world."

The Variety article goes on to quote Rosenblum as saying that the WB will still produce cartoons for "cable, direct-to-DVD, broadband and wireless."

And all this just when I was really getting into "Legion of the Superheroes in the 31st Century!"

Email ThisBlogThis!Share to TwitterShare to FacebookShare to Pinterest
Labels: animation, Legion Of The Superheroes