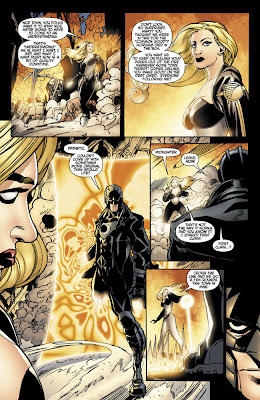 God, it's really good to see ChrisCross doing comic work again. He took some time off from doing American comics after abruptly leaving "Firestorm, but is back with this week's Midnighter #11 (with Keith Giffen!). 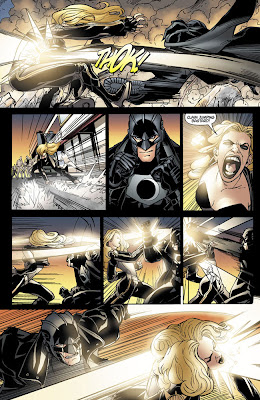 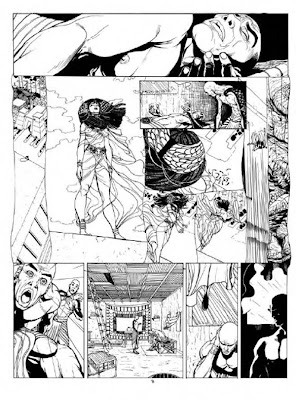 Anyway, he's got a great interview on Newsarama where he talks about his current gigs, his overseas work, and how he almost quit mainstream comics altogether:

"Yeah, it just got to the point where I was just…tired. I just wanted to pick up and be a chef somewhere or something. The fiancee and a couple of other friends convinced me to stick with it. They told me, “There’s things you need to do, you can’t cut it out yet."

My two cents? I think the "Firestorm" experience probably burned him out for a number of different reasons. "Firestorm" was an experience, a heavily-hyped event that faced a lot of scrutiny both by the fans (many of whom were rabidly disappointed that Ronnie Raymond was out) and internally. 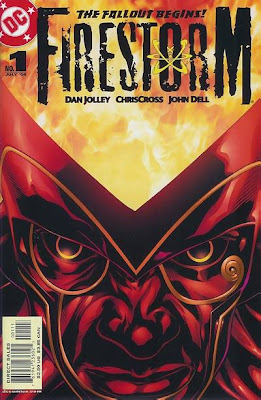 Frankly -- and this is just an opinion -- I think the company had cold feet about the reboot of Firestorm at the very same time that they pushed the book. That sort of ambivalent energy makes such projects a weird experience for everybody.

Also, as ChrisCross mentions in the interview, he had "Outsiders" and "JLA" work going on pretty much simultaneously. He had a tremendous about of work on his plate, and he's not the type of artist who just hacks things out like an assembly line.

I was real happy how things turned out with Jamal Igle on "Firestorm," but I did miss ChrisCross's work. He would have made any book he was on a winner. One of the virtuoso under appreciated talents out there. So it's good that he's back and hopefully he's here to stay.
Posted by Verge at 9:41 AM