From the DC Comics Message Boards:

101. The Superboy Prime reality punch.
100. Green Arrow making Black Canary believe her new foster daughter is dead
99. Amazons Attack
98. Having to wait for Hitman/JLA
97. The constant Superman retcons
96. Tim Drake having been ruined since Identity Crisis
95. Wonder Woman is now a bimbo who came from a society of barbaric murderesses.
94. Cassandra Cain being turned into a villain.
93. Jason trying to get with Donna Troy. *vomit*

at this point, the board starts to erupt in furious quibbling: 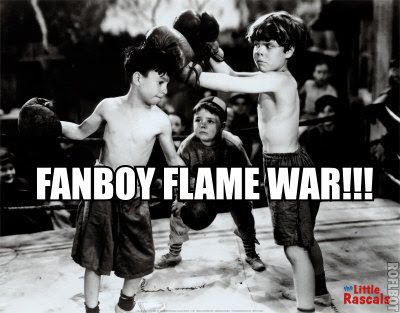 92. Superboy getting killed (and from what? getting thrown into a wall or something?)
91. Bart Allen dying so soon after becoming Flash.
90. The Trials of Shazam
89. Bringing back Ice, but not having a reunion scene with Guy Gardner.
88. Getting Grant Morrison to write yet another Crisis in an already long line of Crises.
87. Fill in teams on the Paul Dini Detective run.
86. Lack of artistic diversity on mainstream DC books.
85. Wonder Woman having no clear sense of direction since her relaunch.
84. Tie Ins to countdown
83. Lack of Adventures of Jimmy Olsen and Lois Lane book.
82. No Batmite anywhere to be seen
81. A real Adventures of Batman and Robin (Tim Drake) villain of the week book that isn't All Star. What's the point of having a sidekick if he's just arm candy and nothing more?

I have to stop here and say that the idea of Robin as "arm-candy" for Bats is, well... 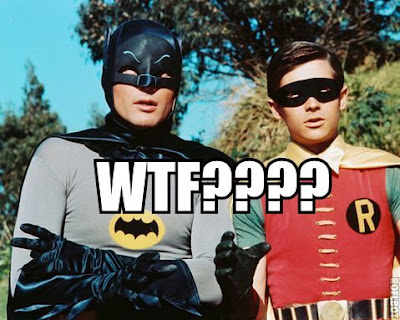 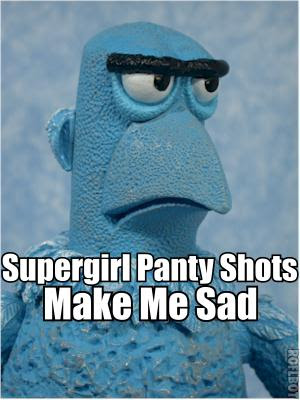 I could go on, but you really ought to go to the DC Message Boards and read the rest for yourself. While you're there, look around a little. Read the previews. Make yourself comfortable. Vote on the Elseworld Batman that you think is the coolest. Drink a smoothie.
Posted by Verge at 4:02 PM