Superheroes Who Can't Get Laid 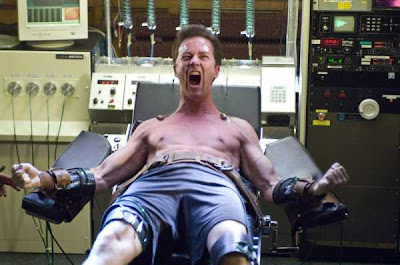 Whether you're a human brain trapped in a robotic body or have super-spunk o' doom, being a superhero can really put a cramp in your sex life.

so according to io9, both the Hancock and The Incredible Hulk movies feature superheroes who have bad things happen when they have sex. While the blog says Hancock stole the idea of a super-powered dingus from a Warren Ellis comic, I believe it appeared in the short story "Man of Steel, Woman of Kleenex" first. Meanwhile in the Hulk movie, Banner can't be sexually aroused without turning into the green-skinned behemoth. I don't know, was this ever the status quo in the comic? At any rate, it makes sense to me. 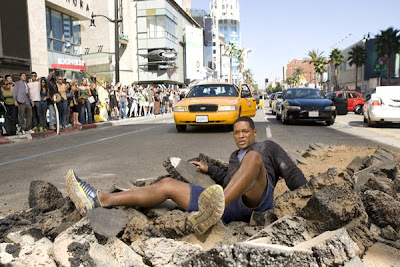 Isn't a lot about classic superheroes really sexual metaphor? Or am I way off base and a cigar just really a cigar? I mean, I don't think issues of sex were ever really divorced from the Wonder Woman character, from its inception in the Golden Age. The idea of secret identities can be a symbol of the face we present to the world and the sometimes very different one we present in the bedroom. And the idea of sex turning mild-mannered men like Mr. Banner into rampaging beasts has been around for awhile. Aren't all the werewolf movies some variation on that?

And if Superman can't really nail Lois without causing her significant internal organ damage (not status quo ever as far as I'm aware, but is the case in "Man of Steel, Woman of Kleenex") and Batman is too emotionally f**ked-up to have sex (often implied, but, as we have seen with Damian, not always the case), and the Thing really can't have actual sex and Robotman from the Doom Patrol can't really have sex, and the Hulk can only have sex with wild women warriors from alien planets (producing cute little Hulk babies), then maybe as non-powered readers we can feel superior to the heroes in some way...or at least relate.

From Larry Niven's "Man of Steel, Woman of Kleenex" 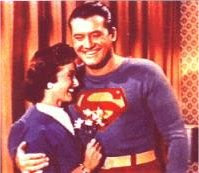 "Consider the driving urge between a man and a woman, the monomaniacal urge to achieve greater and greater penetration. Remember also that we are dealing with kryptonian muscles.

Superman would literally crush LL's body in his arms, while simultaneously ripping her open from crotch to sternum, gutting her like a trout.

Lastly, he'd blow off the top of her head.

Ejaculation of semen is entirely involuntary in the human male, and in all other forms of terrestrial life. It would be unreasonable to assume otherwise for a kryptonian. But with kryptonian muscles behind it, Kal-El's semen would emerge with the muzzle velocity of a machine gun bullet. (*One can imagine that the Kent home in Smallville was riddled with holes during Superboy's puberty. And why did Lana Lang never notice that?*)

In view of the foregoing, normal sex is impossible between LL and Superman."

Email ThisBlogThis!Share to TwitterShare to FacebookShare to Pinterest
Labels: sex