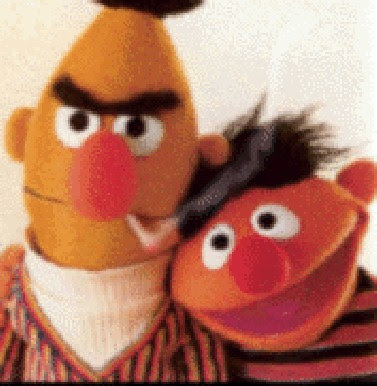 What's the weirdest experience you have ever had?

It doesn't have to be on Friday the 13th, but just in your life in general.

As some of you might remember in "Goodbye To Comics," there was an incident where I was asked by a supervisor to yell at a freelancer until he cried.

Well, I did that -- and I cried, too! The whole incident must have taken like 15 minutes of yelling and carrying on. It was just awful. Some of the worst advice I've ever received on how to edit, complete and total bullsh*t.

And almost to the minute after it was all over, my computer started to whine, and the lights started blinking, and then we had a major blackout all across New York City.

And that freelancer had all the time he needed to finish that comic book story.

Of course, I realize that the incident with the freelancer had nothing to do with the actual blackout. But it was funny.* Until the water dried up in the apartment in the City I was staying at, and the toilet couldn't be flushed, and then Gristedes started rationing food. That's when I walked straight from 33rd and 3rd in Manhattan to Brooklyn.

*Of course, the power outage itself wasn't funny; that was apocalyptic-feeling and horrible (though they were giving out free ice-cream). But there was a considerable amount of irony wrapped up in the situation. It was like the universe was telling me: "take it f**king easy, will you?"
Posted by Verge at 11:13 AM

Email ThisBlogThis!Share to TwitterShare to FacebookShare to Pinterest
Labels: teh weird