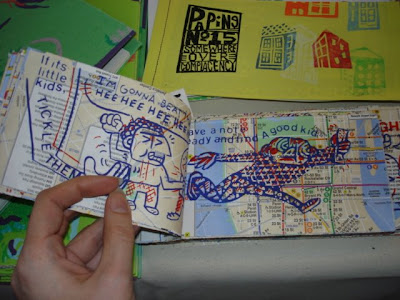 Paping
Note: This is the first of several posts on MoCCA Art Fest and the Lulu Awards that I will be writing over the next few days.

MoCCA Art Fest 2008 began with an ambulance and ended with fire trucks; I don't position that as a criticism of the event, but as symptomatic of the intense energy an unique convention like this generates. And the f**king heat in NYC that weekend, let's not forget that.

The sheer number of wildly talented people at this function -- most unstamped by the Machine that can be mainstream comics production -- was absolutely staggering. At a regular comic book convention, you figure that a number of the tables are going to be comic book dealers, toy companies, movie promotions, etc. At MoCCA Art Fest, it's wall-to-wall talent.

My question: how do we sufficiently get the works from these talents into the hands of people who will appreciate them? In many cases this is not the audience who frequents mainstream comic book stores. Should these ultra-small press books -- many created by hand, stitched, block prints, etc -- even be distributed by Diamond? Is that the wrong model for this sort of work, anyway? 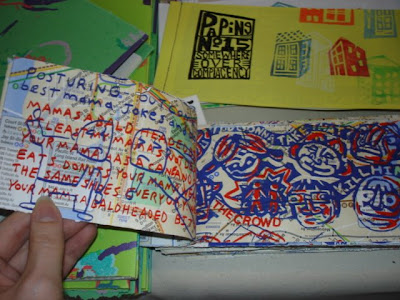 A lot of the DIY comics on display at MoCCA Art Fest should really be sold in gallery-type settings. We're talking one-of-a-kind and/or low print run. These are, for lack of a better term, "boutique" comics. Now, some artists might balk at that description because they think of their work as far more universal than that; I understand that. But, it's like saying oranges and bananas are both fruits. Yeah, they are. But they are not the same. Shifting gears from the mainstream event-of-the-week to a hand-stitched and -printed comic using an actual subway map as paper is quite a shift.

That said, there really needs to be mechanisms in place to focus on just these small-press books -- getting them properly distributed, helping some of these artists to promote and sell their work. But, that system also has to be set up so these artists get to keep as much as those profits as possible. These artists have to make a comfortable(ish) at least part-time living off their work so they can focus on producing more. We can't let these artists fall through the cracks and give up after putting out an issue or two because it's just too damn difficult to make ends meet, and that administrative 9-to-5 job behind the desk in Midtown Manhattan looks so alluring.

There has to be a bridge put in place for these people before they make it to Fantagraphics or Top Shelf or Vertigo or wherever -- so they can actually get there. And I know some of those bridges are already put in place, but there needs to be more.

I mean, my God -- it wasn't like there were a few diamonds-in-the-rough in a sea of self-published comics at this convention. Any talent-hunter, editor, etc would have their pick of at least 25-50 solid new talents minimum at MoCCA Art Fest. 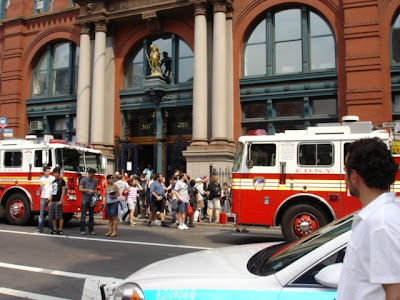 Towards the end of the convention, a fire broke out in the basement of the building (something about the boiler). I of course found out about it on the seventh floor, as I was waiting in line to talk to Greg Pak, watching him sketch the Hulk. The MoCCA staff handled it really well, but it was still a bit worrisome. We picked up our bags, and the bags of friends we knew who weren't there at the moment, and evacuated the building. 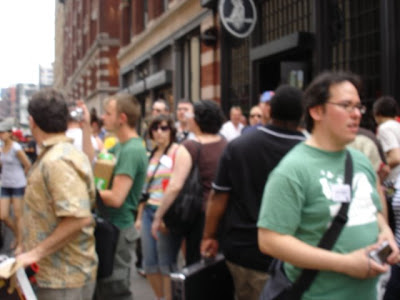 A thought kept running through my head: a fire at a comic book convention would be most unfortunate and unlucky. Packed rooms full of paper.

Also -- here is our talent, a good portion of the future of comics, all in a building that's on fire.

I have to create something to help these artists market and promote their stuff.
Posted by Verge at 8:25 AM