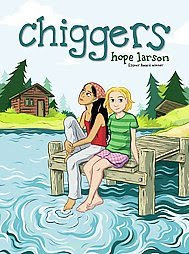 So I've made some initial observations upon reading this handy-dandy comic book shipping list for 6/18/08:

It seems like the major comic book companies are still getting mileage off of their backlist and older comics that have stood the test of time. This is why continuing to create the classics of tomorrow today is so important. Also as important: knowing that to a large extent, those sort of classics can't be planned.

Also, I really don't know the nitty-gritty about TOKYOPOP, but I was surprised to see that they put out more than twice the monthly output of books that Viz, another major manga company, does. Now, Viz has been around since the time of the flood, and I'm willing to bet that they know what they are doing.

I think Steven Grant touched upon the topic recently of smaller companies whose "eyes are bigger than their stomachs," so to speak, and put out way too much product. I agree: I think this is the kiss of death for an independent publisher. Better you stick with 3-4 really great books a month than 15 of varying quality.

As for me this month, I just might stick with picking up Incredible Hercules #118 and the soft-cover edition of Hope Larson's Chiggers.

Chiggers, which is not put out by that really big comic book company Simon & Schuster.

Now, Chiggers is apparently (according to the list) being released in both hardcover and softcover editions at the same time.

Seriously, who, if given the choice, buys the hardcover? Unless it's like your favorite book ever?

There was a recent book in the bargain bin of my local comic shop from an independent publisher -- this very thin hardcover printed on crappy paper that came out like two months ago and had the price slashed 75%. And I looked at the original price tag on that sucker and I was like: are you f**king kidding me? Seriously, who would buy this?

Anywho, those are my picks.

What are you all buying? Post below!
Posted by Verge at 6:55 AM