From a Publisher's Weekly interview with Dan DiDio:

PWCW: The recent 50-cent special DC Universe 0 has taken some heat for being fairly inaccessible to people who weren’t hardcore DCU customers already. How did that issue end up being presented as a jumping-on point?

DD: My opinion is that DCU 0 was accessible to the people who understand and read comics and understand the stories and characters and world. 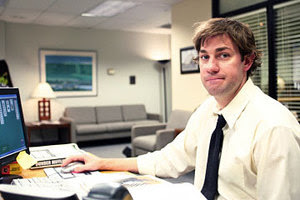 If the income generated from monthly floppies are not the bread-and-butter of a company like Time Warner -- if it's the intellectual property generated from the floppies that is the prize -- and DC fanboys and fangirls provide steady numbers and dollars for the floppies, how would it benefit the current regime to deviate from that?

I mean, seriously, if the comics themselves were selling millions of copies, and DC said -- "no, we don't want your millions, we want Kamandi!" -- then I could see how they were willfully screwing themselves.

But they are selling to people who in some instances buy $300 replica "museum quality" DC Direct items. They buy $100 absolute editions and $50 omnibuses and they go to Midtown Comics on a Wednesday and just pick these comics off the rack like they were grapes, a stack of new comics to devour the size of two phonebooks.

And they will buy anything. As long as it has the characters they love -- in the versions they loved as younger collectors -- in the comic.

That sort of readership feeds not only the DCU monthly floppy machine, it feeds the DC Direct machine and the DC Backlist machine.

Now, do I think lighting a fire under the DCU's ass on the level of what happened in 1999, 2000, 2001 at Marvel -- with Axel Alonso and Marvel Knights and making Captain America strong again and all that great new talent -- would benefit the company? It very well might.

It's not necessary. I know it may seem, from where we sit, necessary that DC beat Marvel in sales. But, that is not what is really important to The Powers That Be. What is more important is that Marvel is kicking DC's ass in movies. That's what the Powers That Be care about.

Now, the movies are the macrocosm. Let's go back to the microcosm, the comics industry.

It's like the Buffy The Vampire Slayer universe. It's not for everybody. And the comic is very successful -- but I don't find it that new-reader friendly either. You really have to be familiar with that mythos to understand and appreciate and, frankly, stomach it (it can be sooo emo!). But, how to make Buffy more new-reader friendly? Explain every issue, either explicitly or implicitly, all the bits and pieces of that tortured story? You alienate the hardcore fans this way. The hardcore fans just want to dive into the story like a mosh pit and get their rocks off.

That's what books like Final Crisis appeals to. It is a sticky yummy mosh pit of continuity and story for hardcore DC fans. It will have its ups and its downs, but it will be purchased.

As for courting new readers, that's what the other imprints are for -- far easier to experiment with webcomics and manga than it is with that Justice League comic that brings in the steady numbers every month.

But don't get me started on how they offered a second printing of DC Universe 0 for $1.00. That's where, for me, the sidewalk ends and I get cranky.
Posted by Verge at 1:50 PM