Look, personally, I have no problem with like 85% of DC Comics.

That said, I think their "DC Universe" output is, outside certain pockets of material, a massive train-wreck. Rather, the fabric of the DC Universe is a train-wreck, it has no spinal cord, and there are just some selected good things floating around aimlessly around it.

The case regarding this breakdown has been laid out here far better than anything I could have possibly written. So read that and then come back here (if you wish).

In good times, even if you f**k up a bit, you can coast in a place like DC. But, we are virtually in a recession. It will not stand.

Only one of three things can happen now -- and happen soonish.

This is not "maybe this will happen one day." This is now. Because you need to just slash and burn what is not working there and start planting seeds now.

Honestly? I would be very surprised if DiDio suddenly left or was forced out. I don't think it is going to happen right now.

Further -- While I thought that DiDio made decisions regarding Identity Crisis, etc, that were short-sighted and misguided -- he never made me feel personally uncomfortable as a woman. Shallow of me I know, to count that as a plus for the old man, but yeah, that's part of how I gauge things. Sorry. He never invited me to a strip club after work with freelancers and then publicly told me I was a "prude" for not coming along, he never suggested that I flirt with and date my superiors in order to get management "off all of our backs," and he never made references to my boobage. So bully for Mr. DiDio, he gets a gold star (or at least a silver one).

Now, do I think DC as a whole, after all these years of under one regime, could benefit from starting over again and getting a true comic book veteran -- maybe someone with some previous experience from another successful company -- in the EIC or at least managing editor seat? Sure. Absolutely. Maybe they wouldn't even have to look that far.

But at least -- DC, get in some new editors. Look at your house and go get some new editors. Look at the scorecard, book-by-book, and get a few new editors, and give some others the chance to do everything they wanted to do had they not clung so tenaciously to their jobs thinking it was the best thing they could ever achieve. And it's not an age thing -- God knows, when Andy Helfer was working there he was more in touch with what the youth culture was really reading than we were, and had he been listened to more DC could have gotten a bigger jump on the manga market. It's a jadedness thing. Jadedness is the kiss of death.

Yeah, it's going to be challenging working with DiDio, but go get some fresh new editors, give them some sort of incentive, and see what happens. I once got a bonus expressly for working with a "difficult editor." That's awesome. Do more of that. Lay the groundwork now. Even if you lay the groundwork now, it's going to take at least a year to heal things, but start now.

Until DC addresses certain things I think they didn't handle effectively, I will always have some sort of a chip on my shoulder about them. I'll be honest with you. I would be lying if I said otherwise. There are certain things that...really, I'm disappointed in. Sometimes angry. Usually just disappointed and resigned about. I think those ineffectively handled things -- I think it plain ol' produced bad karma. And there was bad karma from before that, before I was even there. Seriously. And they have to clean the bad karma out of that department. I'm serious -- to the point where they light candles and hire that midget from Poltergeist. It's that bad. 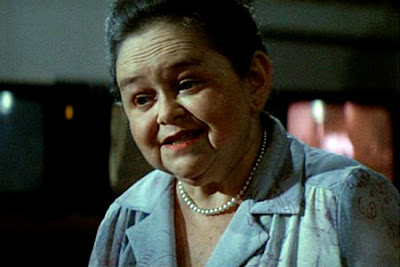