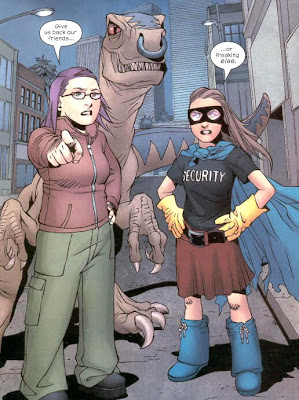 When I asked a group of female mainstream comic book readers attending a Friends of Lulu panel at I-Con this weekend what was the #1 thing they looked for in their comics, it was "storyline" that kept coming up. This was pretty much the response I got when I asked women the same question at San Diego Comic Con last year. Some women at the I-Con panel also expressed that they cared more about storyline than the art.

Now, is the caring about storyline a gender-specific thing? What comic book reader would admit to not considering storyline important? Or are specific elements of what might fall under the term "storyline" -- relationships between characters, character growth, etc -- really at issue here?

Speaking for myself, since I was a teen I was always interested in comics that had the best character development in them. I cared less about the art than about the characters. My favorite comics were the Wolfman/Perez Teen Titans and the Claremont X-Men. I cared most about the relationships between these characters.

So, would it be fair to say I was attracted to the (for lack if a better term) "soap-operatic" elements of a comic? Yes. I liked some action too, but it was not my main concern.

For example, I was a fan of the 1980s GI Joe cartoon as a kid. I wasn't a fan because I was interested in explosions or military vehicles. I was a fan because the show's writers did a particularly great job with the characterization and inter-personal relationships of the characters. Similarly, I didn't really care about the alien races and galactic intrigue of the original Star Trek. I faithfully tuned in to the reruns because I thought Spock was a great character, and the friendships he had with Kirk and McCoy were complex and interesting. 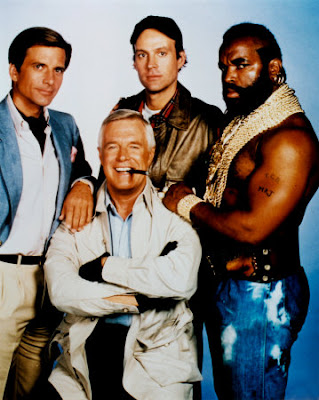 Conversely, I had little-to-no interest in shows like The A-Team and Knight Rider. They, like GI Joe and Star Trek, were action programs. But, A-Team & Knight Rider seemed empty character-wise (though of course who doesn't like Howlin' Mad Murdock?).

Move on to the late 80s/early 90s, and bombastic comics like McFarlane's Spider-man and Liefeld's X-Force did nothing for me. All action, very little characterization. And yet, those books were incredibly popular -- especially with males.

As I got older, I could appreciate the occasional "slugfest" in a comic book -- case in point, "World War Hulk." But still -- I needed the drama, the relationships, the characterization.

The comics the women in the panel audience -- with an age range from late teens to middle age -- cited as their faves were stuff like The Runaways, Ultimate X-Men, and the Heroes webcomics. In contrast, they expressed little-to-no interest in the big summer comic crossover "events."

Are these events engaging them enough in the "storyline" department? Or is it that the marketing behind these events stress the "massiveness" of the story, while at the same time ignoring aspects of relationships and drama in these books that would appeal to a female audience?

One thing from all of my impromptu polls of female comic readers indicate is that if you are going to market with women in mind -- don't be obvious about it. Don't call your books "female friendly." It is regarded as patronizing. And, as one young woman put it in San Diego last year, "it means the comic is going to be weak."

And yet, though women do not like being specifically marketed to -- is there still a "type" of superhero comic they like more?

Don't get me wrong, I am not saying that in regards to fantasy/sci-fi literature of all stripes, "Men are From Mars and Women are From Venus." I know female fans that value the visceral thrill of a good horror movie, the excitement of a well-done martial arts scene, the labyrinthine plots of a Tolkien novel, and the bone-crunching ass-kicking performed by a female vampire hunter or barbarian queen.

But is there a preference among female readers for the character and relationship aspects of certain books as opposed to "slugfests" and spectacular scenes of destruction? Or is this preference for more character-driven storylines simply a universal for both genders -- about enjoying well-written comics as opposed to sensationalism? Or maybe there is a gender difference on what aspects of a comic each will be attracted to the most. I'm still trying to figure this all out, and without a formal marketing research poll, I can only produce anecdotes. 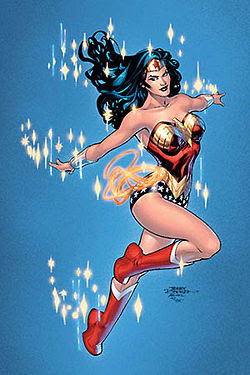 But, I will say that I think the major comic companies could do more to market certain titles that I think would appeal to female fans. Case in point: Wonder Woman. I don't think iconic pin-up shots of WW is really going to convince women that this is a book they would enjoy. That seems to be advertising targeting more men than women. And Nightwing was a book that was very popular among women; and yet, I don't see an effort to capitalize on that and drive more female readers back to the title.

Email ThisBlogThis!Share to TwitterShare to FacebookShare to Pinterest
Labels: marketing to females, women in comics