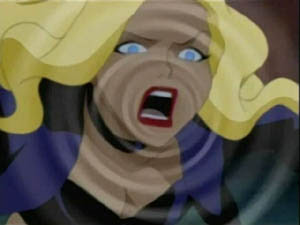 Note to Self: showing up early for work is only awesome if you know the password for the alarm system.

So it's 8:45 in the morning and I turn the key and this ear-splitting scream fills the air; and the scream's not coming from me! It was like (if I may show off my geek cred for a second) Black Canary's sonic cry. Just the sheer volume of disrupted air from the alarm alone would pound any intruder to submission.

But there needs to be flashing lights as well.

So I run across the room to get my official work handbook so I can read up on how to disarm the alarm. Remember those old Disney cartoons from the 1950s where Goofy would try to learn something and there would either be a narrator or a booklet taking him step-by-step, and he was still screwing it up? That was me. 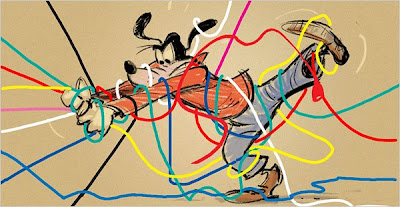 The only thing I got right was having my business card and photo ID handy so I could prove to the cops that I indeed had I right to be there. I took my black leather hoodlum jacket off before I did this because I did not want to get accidentally shot.

Michael Davis's post in Comic Mix, "The Way We Were," was so damn funny I would have peed myself had not I already done so when the alarm went off.

S**t, I'm feeling so good about Friends of Lulu right now. Even though I know I'm driving the board crazy with crazed pre-New York Comic Con preparatory e-mails right now. 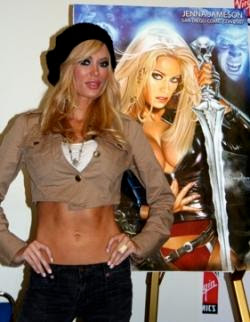 In response to a New York Comic Con panel that apparently features a bunch of talented female industry veterans AND Jenna Jameson, Girl Wonder's Rachel Edidin has a list of potential questions to ask:

-How do you feel about being invited to participate in a panel based on your sex—rather than the projects you’ve contributed to, your experience in the comics industry, and your accomplishments as a writer and/or artist?

-Do you think that “What Fan-Boys want” might include reassurance that comics remains a boys’ club, and that women in comics are anomalies? How might the title and description of this panel reinforce that idea?

-What is a total neophyte doing on a panel with three seasoned comics creators who are industry legends in their own right?

-What role does your vagina play in your creative process?

It's a tricky situation. Friends of Lulu put together two of the other "females in comics"/"comics for women" panels at New York Comic Con (just to make it clear -- not the panel under discussion). I saw it more of celebrating women's accomplishments than pigeon-holing them. Working with New York Comic Con on the panels in general, I got a positive vibe from them, and I was happy with the results.

That does not discount Rachel's points. As my impromptu polls of women have shown from convention to convention, female comic book readers don't like books to be marketed to them as "female-friendly." They say it feels patronizing. Might female comics professionals feel the same way, after being asked over and over again to attend all-female panels?

I don't think that all-women panels should be abolished. But I think the point is more: Don't put Marjane Satrapi, Christina Z, and that chick who draws "Cathy" on the same panel just because they happen to have XX chromosomes. So I understand where Rachel is coming from, and I know that the "what fanboys want" line was not particularly endearing.

However, I hope some of the other great panels at NYCC don't get overlooked because of this snafu. 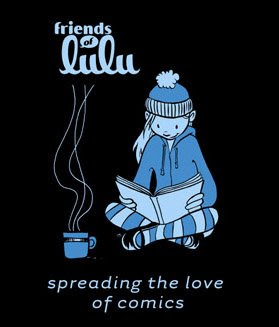 As I said before, Friends of Lulu has two panels at New York Comic Con: One on comics for girls on Sunday, and ye olde standarde "women in comics" state-of-the-industry type thing.

Here's the description for the Women In Comics panel:

"Gail Simone, Heidi MacDonald, Karen Green, Jennifer Grünwald, Shelly Bond and Becky Cloonan will discuss the State of the industry from their perspective, plus insight into their exciting current projects, moderated by Abby Denson."

Speaking of "Cathy," did anybody catch Tina Fey doing her Cathy routine on "30 Rock" yesterday night? It would have made me pee my pants if I wasn't going to do it the following morning.

-What role does your vagina play in your creative process?

Email ThisBlogThis!Share to TwitterShare to FacebookShare to Pinterest
Labels: Friends of Lulu, women in comics