Teen Titans: Too Much Of A Good Thing? 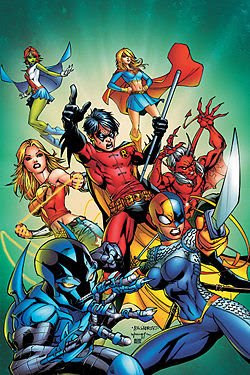 Hey, don't get me wrong: I think that the Teen Titans is a great brand, and potentially a excellent spawner of four-color excellence.

I know how this happens: "Teen Titans is our X-Men! We should do more with it!"

But remember the last Teen Titans glut? In the early 90s? 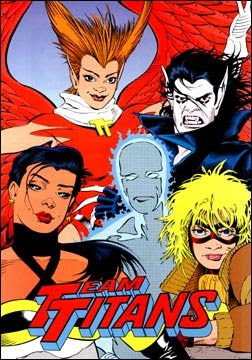 "The unfortunate part of that was we had no idea that what they wanted was DC Comics’ X-Force. They, DC management at the time, saw Team Titans as this answer to Rob Liefeld’s X-Force"

Which brings us full circle to: 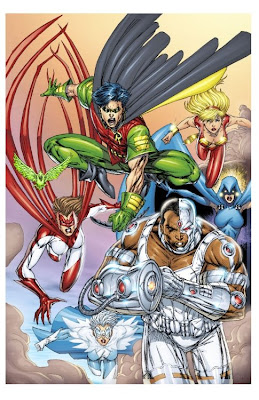 Which is not to say that the new Terror Titans won't be a good book. But there's an awful lot of Titans books out there now.
Posted by Verge at 1:30 PM