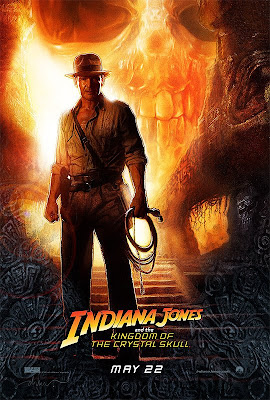 Donna Troy: The next Sarah Silverman?
So I won't have Countdown to kick around anymore. Whatever shall I write about?

52 issues of Countdown populating the quarter bins of this fine country.

Are Harley & Holly doing it, or what? Is it because their names sound similar?

And so is it safe to say Jason Todd learned nothing from this experience? Could somebody sue DC for the rights to this character so he can be killed off?

Between Countdown & last night's "Smallville," I think it is safe to say that the intrinsic appeal of Jimmy Olsen has been greatly overestimated. It's like if we did a whole TV show based off of that holographic doctor from "Star Trek: Voyager." 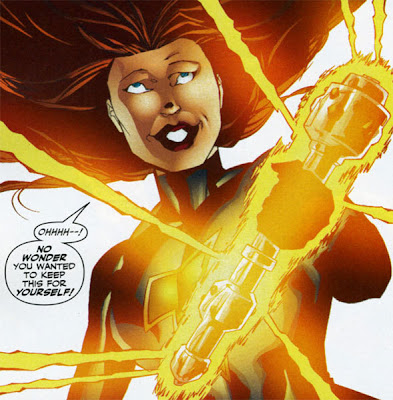 Mary Marvel discovers the many pleasures of the
"personal massage" department at Walgreens.

I actually purchased Countdown #1. I figured at the very least, it would be a good lead-in to Final Crisis. What does Harley say at the end of it? Her philosophy on how to deal with problems?

"A positive attitude and lots of denial."

That about sums up Titans #1

Lest it be said (and it has been said) that I am unfairly dumping on DC for Countdown, I should remind you that I had a similar reaction to Marvel's House of M.

I read House of M at a time when I was trying to make an effort to actually read comics again. The first issue of that mini-series almost stopped me cold. Countdown had the same effect.

I do agree with some of the commenters on Brian Hibbs' post "Count This!" that the responsibility for this series needs to be spread a little further out than it has been. I'm figuring Dan DiDio had a lot to do with the general thrust of Countdown, but he was not its ultimate mastermind or main scribe. Nor did he personally edit it.

But there's no use crying over spilled milkshake, is there? 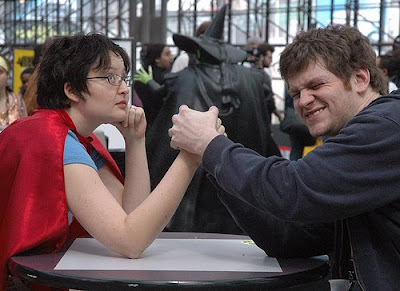 I see there has been some criticism regarding New York Comic Con on teh internets.

It wasn't the big bomb-diggity San Diego was last year. But I don't think it was terrible. And it should be remembered that SDCC is not a convention, it is a gigantic freak of nature, some sort of high-holy event where pilgrims are trampled and flagellate themselves with their badge lanyards in the blazing heat.

Was it anti-indy? I didn't get that feeling. I had plenty of independent press books to choose from. And I bought a lot of them.

Were certain exhibitors placed in obscure places & ignored? Maybe. I dunno. Some of that is about dressing up your booth to attract the right amount of attention. I mean, The Comics Bakery booth was not huge, nor was it placed in some yummy sweet-spot right off of the Marvel section. But it had a clear, visually-appealing banner, it had a "brand," it had fresh scones (playing off the "bakery" brand), a great set-up so all the comics were displayed properly, and a good sales pitch. Comics Bakery maximized their space potential.

Was it too much mainstream capes & cowls? The manga/Japanese culture aspect was pretty pronounced. There were, of course, the monster DC & Marvel booths, but I think that's standard. Giant Hulk statue? Standard. Hey, I need to see a giant Hulk statue at my comic book conventions. I know it's gauche. But there you are.

If there is a problem with New York Comic Con, or any large-scale comic con, it's that it tried to be all things to all people. That's not so much a problem -- because I think it needs to appeal to that broad base -- as it is a formula that will inevitably lead to some people being unhappy:

"It had too much manga."

"It didn't have enough manga."

"It had too many superhero comics."

"It had all those weird Japanese stuff instead of enough of my superhero comics."

"It didn't have enough independent comics."

"It had too many of those comics I've never heard of and not enough DC & Marvel."

So I wasn't unhappy with NYCC. But I am still exhausted.

I'm hoping by the end of the Summer, maybe a little bit before.

I keep talking to the BF about Occasional Superheroine limited-edition vinyl figurines, keep getting this eye-roll in response.


Occasional Ball-Buster?
I had one person from a comics publisher comment to me at NYCC that he was really relieved I liked their particular offerings, because apparently I have the reputation of being a "major ball-buster." 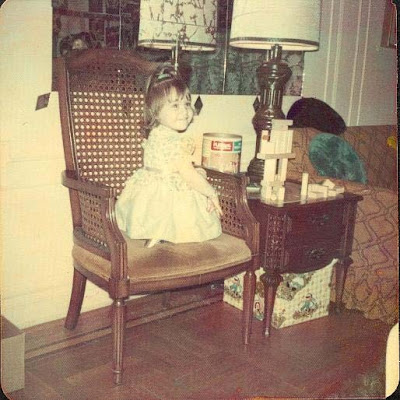