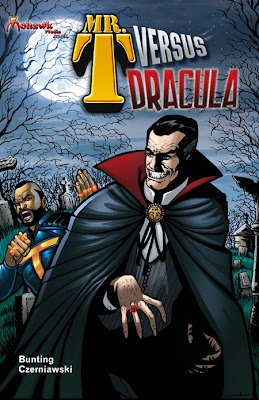 An April Fool's joke? We at OS sure hope not!

"When I proposed these crossovers, Mohawk Media jumped at the chance and went to great lengths to make them happen. Who can blame them? Two legends ... a living legend and an undead legend ... going toe to toe. It doesn't get much more exciting than that!"

"All these suckers with their fancy powers! They need a reality check, and only one guy can do that, and that's me, Mr. T!" Wouldn't it be simply awesome if it was really true?

I also like how he's wearing of of those "Chuck Norris And His Karate Kommandos" jumpsuits: 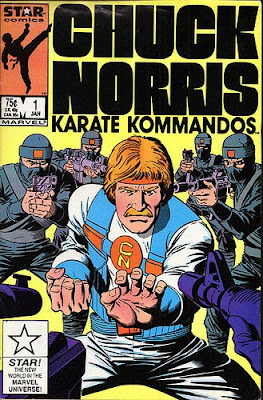