Who's Biting The Dust In Final Crisis?

From the solicitation copy for Final Crisis: Requiem --

"A very special FINAL CRISIS one-shot honoring the passing of a great hero who’s been a staple in the DC Universe for years. All that remains is one final memory that the League experiences together as they must fulfill his last wishes or die trying!"

And here's the cover: 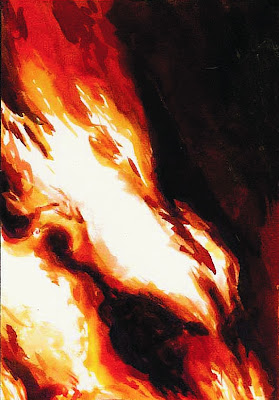 So who do you think is going to bite the dust? The term "staple" in regards to the character makes me think it's not going to be one of the top tier characters. 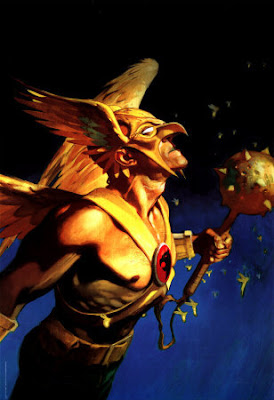 With the popularity of Hawkgirl, DC could get away with killing off Hawkman...at least for a "while." The "face" on the cover sort of looks bird-like. Also, Hawkman can regenerate or be reborn or some other thing like that, so it would be relatively easy to bring some version of him back. 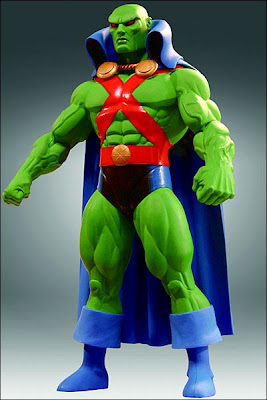 Martian Manhunter was known around the offices as a character that was sort of boring, but was a JLA "staple," if you will (though we did try to jazz him up with that storyline where he was Scorch's love-slave). If it was him, the fire on the cover would make sense, because fire is his only weakness.

While you're at it, you can read Mike Gold's opinions on the "deaths" cited in the latest DC solicits -- and on the issue of character deaths in general.