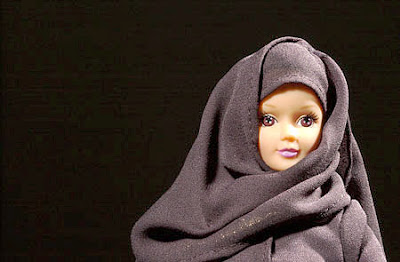 An Iranian official laments the "destructive influence" smuggled Western toys such as Barbie, Superman, and Harry Potter are having on his country:

"The displays of personalities such as Barbie, Batman, Spiderman and Harry Potter ... as well as the irregular importation of unsanctioned computer games and movies are all warning bells to the officials in the cultural arena..."

There was an officially-sanctioned line of dolls in Iran made to compete with Barbie, Sara and Dara:

They have apparently not been as successful as the forbidden Barbies.*

This related set of photos on the Flickr user sara va dara's photostream has more interesting commentary on the subject, including pictures of another Middle Eastern "answer" to Barbie, Fulla. 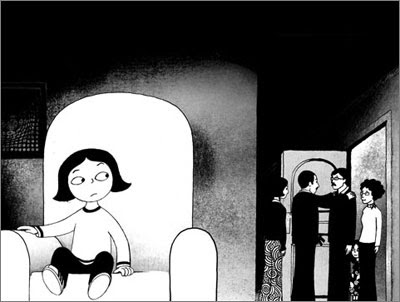 * While I have read this assessment in one of the articles on the subject, I have read no more than anecdotal evidence. I do not believe in repressively controlling the media one's children consumes, but I don't think a doll like Fulla, in traditional clothes, is the worst idea in the world for kids who are part of that culture already. Blond & thin Barbie, draped in pepto bismol pink, didn't do much for me or my self-esteem either. I am more interested in obtaining a Fulla doll on eBay.
Posted by Verge at 3:00 PM