Would You Want This Superheroine In Your Corner In A Fight? 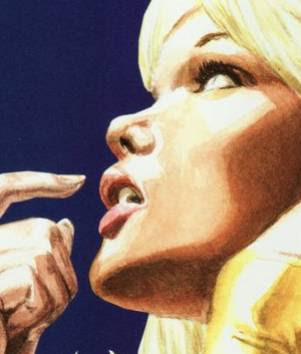 Detail of the cover to Final Crisis #3
The Beat's analysis points out that this cover might not be presenting Supergirl as the brightest crayon in the box.

But possible anti-feminist interpretations of the art aside, what are these covers really contributing to the series? They tell me absolutely nothing about the story. They only bank off the idea that "icons sell."

And you know who is one of the very few artists who can pull off a successful non-narrative "icons sell" cover? Alex Ross. He could paint Herbie The Fat Fury on a cover and make it sell well. Plus, he doesn't paint Supergirl as if she has a half-eaten snickers bar in her cranium where her brain should be. 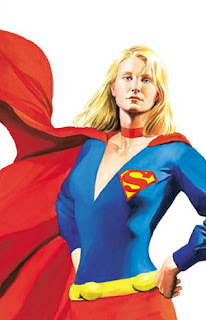 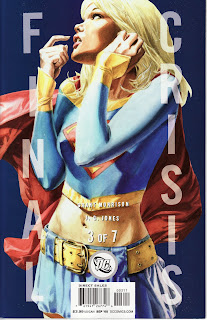