The Straws That Broke Jerry Siegel's Back 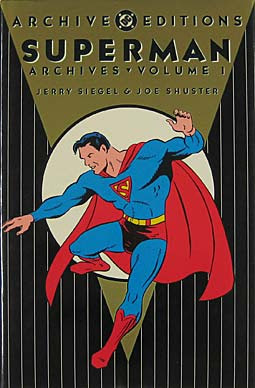 So let me get this straight...
According to unearthed correspondence between DC Comics and Jerry Siegel dating back to the 1940s, Siegel & Shuster were repeatedly told that their work was (I'm paraphrasing here) shitty.

...that the duo's work often bordered on the "unacceptable"

...that Superman was drawn "too gay"
...that Lois was drawn "too fat" -- asking Shuster to give Lois "an abortion" to lose all the "weight" around her middle.

...that the company questioned the popularity of Superman in relation to, say, a real crowd-pleaser like Zatara.

Reading this correspondence, it strikes me how much DC deserved to be left with just Zatara. I think there are levels of bad karma, and I'm sure most companies -- comics or not -- have incurred them. But to build a company (and a company identity) around one character that had been so utterly bitterly contested by its creators, and have that bad energy follow it around for almost 70 years...

I really have to wonder, in that early stage of the comic book industry, if Siegel & Shuster saw their work in a very personal way -- as indy comic creators who own the rights to their own work today feel -- or was it just a business thing? Did they want to grow as creators, did they want to take Superman to new places creatively & content-wise? When they saw completely different teams handle their work, did they feel outraged, or heartsick, like it was "their baby?" When they read letters where their work was summarily dismissed -- and dissed -- did they take it personally?

And did resentment over these letters -- some of which were pretty harsh, even for standard editorial criticism -- help fuel Siegel's many decades of fighting over the character he helped create? Did these documents, in some of which he was talked down to as if he was a hick or a child, make everything more personal?

That said, it should be reiterated that these documents are pretty old -- and shouldn't be construed as indicative of the company's current methodology of handling talent. I'm sure if they they had another talent today with the sort of groundbreaking vision that Siegel and Schuster had at the dawn of Golden Age, they wouldn't be so pedantic, shortsighted, and alienating. At least, I would like to think so.

(read Jeff Trexler's excellent analysis of the documents here, and read the documents themselves here.)
Posted by Verge at 9:00 AM