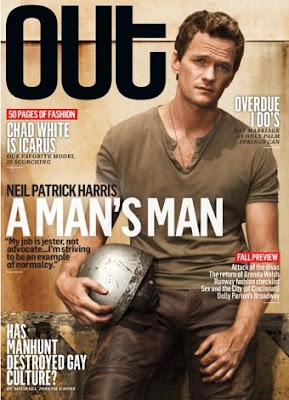 In the following post, the writer questions if openly gay "How I Met Your Mother" star Neil Patrick Harris is too "accepted" by the heterosexual community:

"Plus he sings and dances and is good with little ones! So yeah, all around a pretty down to earth, un-swishy, monogamous, famous geigh dude who can party with the bros. He's a homo hero! Except, I dunno, for me? Something just doesn't feel quite right."

So Harris is not "gay" enough? C'mon. He's just a person. He plays an ultra-heterosexual character convincingly, and this is a liability? It shows that a good actor can play a character with any sexual orientation. It puts a lie to the old Hollywood excuse of, "oh, this openly gay person can't play a straight romantic interest because nobody would believe it." It gives one less reason to maintain the "Celluloid Closet," one less reason for some actresses and actors to live a lie. And I think living a lie because you are afraid of not getting work (or acceptance) is tragic.

I see this "not BLANK enough" label being put on many successful people for many reasons. I think it's stupid. I think people should be judged on their own merits. It is so convenient to see people not as individuals, but a representatives of a larger mass.

That said -- it would be nice if there were more great homosexual roles out there for actors to play -- starring roles, non-cliche roles. In comedies, dramas, horror movies, sci-fi, TV shows, movies. Maybe that is what the author of that post was getting at, as well. That is a valid concern.

And there is also the idea that "being accepted" shouldn't be a goal. When Harris is quoted on the "Out" magazine cover as saying "My job is jester, not advocate...I'm striving to be an example of normalcy," it can be interpreted by some as him "wanting" to be "normal" -- whatever "normal" is defined as. And a critic might suggest that he is defining "normal" as something more along the lines of heterosexual culture.

"If he really does want to chill on motorcycles and swill beer and make a living talking about poontang, then fine. But let's not congratulate him so effusively for it."

That said, I still like Neil Patrick Harris a great deal as an actor. And he was the voice of The Flash in the New Frontier cartoon<-----showing off my geek cred. 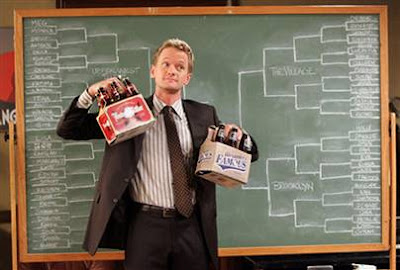 Email ThisBlogThis!Share to TwitterShare to FacebookShare to Pinterest
Labels: homosexuality in popular cuture