In This Issue...Wendy And Marvin DIE!

Remember Wendy and Marvin from the old Superfriends cartoon? So they are characters in the current Teen Titans book, and they find Wonder Dog, and, long story short, Wonder Dog tears them into gory pieces: 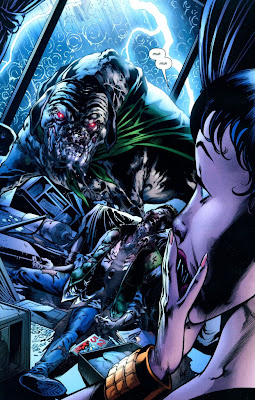 Just in case you were fooled by the cover -- 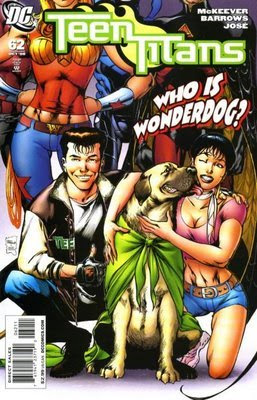 -- and had any intention of purchasing the book for your child.

"Remember when the Teen Titans book was supposed to be about hope for the future? That time's long gone. This just felt unnecessary. It's not even as if the characters in question were that well developed - it's just shoddy writing, shock for shock's sake. And it's not for me. I'm done with the book."

It's official: Teen Titans is not a book for actual young people. Kids can read the comic where the big-footed action-figure superheroes who smile all the time fight dinosaurs. 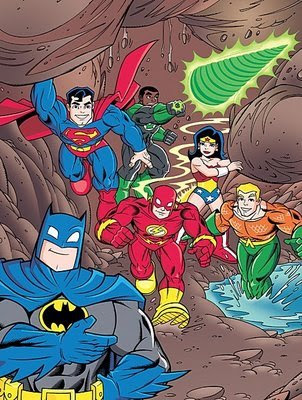 Because there's no in-between. Right?

DC's comics were dark even before The Dark Knight -- but I have to sincerely wonder if, in the wake of new WB dictates that DC movies have to be dark, if this will become the new editorial rule.

It's like the GWB presidency, I just can't wait for this era to be over.
Posted by Verge at 10:18 AM