Arthur: Worst Reboot Of A Children's Character Ever!

When I was writing the previous Dora the Explorer post, I remembered what I consider to be the worst translation of a children's character from book to screen ever: 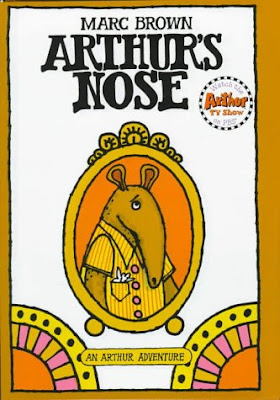 It's a book about how even though Arthur has a big nose, it's totally okay because everyone's beautiful and it's what is inside that counts.

Now here is Arthur after Hollywood got a hold of him:

Can you imagine being the creator of some character like Arthur and being told by TV producers that they totally love everything about this character -- except for the key concept?

But the ears...the ears are still there. Thank God.
Posted by Verge at 1:53 PM