What Makes A Top Ten Book? 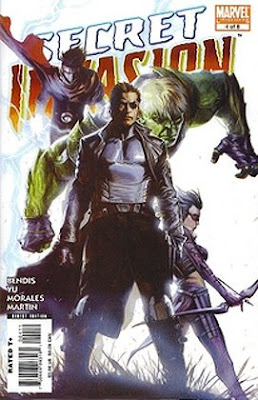 Here are the top ten comic books for July, according to Diamond Comic Distributors:

My question? What makes a Top 10 comic book?

Secret Invasion: Sure it's an event -- but it also has had national publicity. You could say ditto for Batman, because of the movie.

See, a book like Thor had to fight to get in the Top Ten. You might say that X-Men & JLA are "naturals" -- big brands who you'd might expect to be on the sales charts.

But as cool as Thor is, that' s a book that traditionally -- with the possible exception of the Simonson years -- was not a "top tier" book.

That book had to be "built" into a top book.

Can any property be "built" and prepared in such a manner?

Is it that there are no mediocre-selling properties -- just mediocre presentation?

Would DC increase its slice of the pie by just adding another Batman title? A pseudo-movie spinoff, perhaps? Call it Dark Knight? (forgive me if they already have one & I didn't realize it)

Like Invincible Iron Man, it would have stylistic elements from the movie, tying the film into it in a way (though not really, continuity-wise).

Watchmen spinoff? Is that even possible?