Seeing The Glass Half Empty
Today's Journalista! entry starts by juxtaposing my optimistic thoughts regarding editor Matt Idelson's new run on Supergirl with the Paul Gulacy run in Idelson's "Catwoman." The inference seems to be, "Matt's going to fuck this up and let the artist give Supergirl banana tits just like Selina."

I think this is really unfair and looking at the glass half empty, or, for that matter, completely empty. Idelson's run on "Catwoman" encompassed more than Gulacy. It also included this: 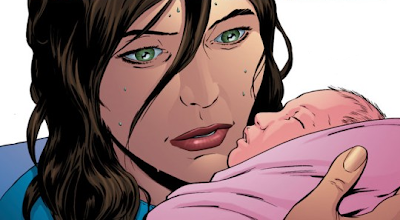 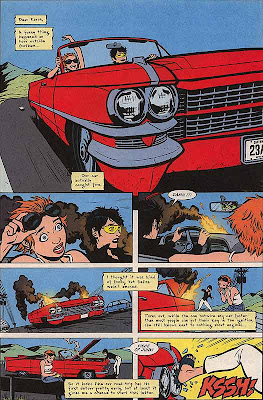 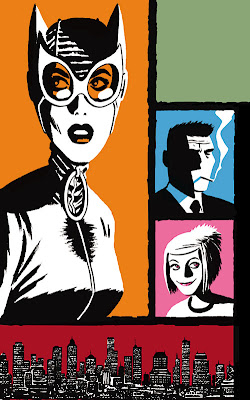 This, to me, brings up a larger issue.

I think that our quest for excellence in mainstream comics should include acknowledging when the Big Two get it right. Providing positive feedback where it is due.

For example, I've heard a fair amount of bitching about DC's "Minx" line. And really, "Minx" did disappoint me because it sort of became a Vertigo-lite for teens instead of actually taking the mainstream superhero comic and skewing it for teens and female readers like I originally thought they would do. But there is good stuff in the "Minx" line. There is female-positive stuff. Why not talk about that as well? Why not send a signal to companies like DC that such initiatives are welcomed?

Because you know how it's perceived on the publisher's end?

The publisher tries to do Something Right. Maybe it's a little awkward, maybe it's perceived as too little. But they try.

And then they get kicked in the teeth for the effort. And they think, "well it's much easier to just feed the fans the Wizard Magazine fodder and leave it at that."

I have absolutely no reason to defend DC at all except from this point of view. For me to bitch about DC non-stop and not acknowledge when they Do Something Right would undermine what journalistic integrity this blog has. You know, "journalistic integrity." Between "Tim Drake in underwear" posts.

Of course, by August when the new "Supergirl" comes out I could be eating crow on all this. Maybe Kara will be exploited yet again. But I don't think Idelson would do this. Because to do so would be betraying countless adolescent girls out there who are looking for a role model in a sea full of Paris Hiltons, Lindsey Lohans, Nicole Richies, et al. And maybe it sounds kind of funny to refer to Supergirl as any sort of role model. I mean, "girls don't read superhero comics." But she can potentially be a role model. The same way Wonder Woman can, the same way Batgirl can...if DC plays their cards right. If they go for the long-term investment instead of the quick buck.

And I liked the Gulacy run. It was fun. And it's #@%&^% Paul "Master Of Kung Fu" Gulacy, for Christ's sake. What are you going to say? "Well, you're legendary artist and all, but you draw banana-boobs. Sorry." Huh.
Posted by Verge at 9:31 AM