The Other Shoe Is Ready To Fall, Sir 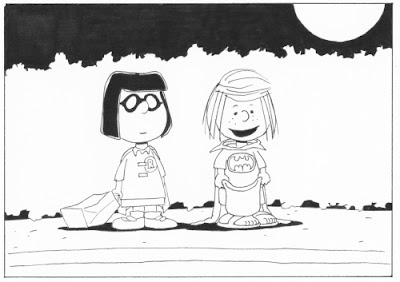 (image from here)
from Heidi's blog regarding various and sundry kerfluffles as of late:

"BTW, I’ve received a few oblique communications that hint that TPTB are not as oblivious to the issues being raised over the last few days as their public silence would indicate. Developing."

You know, I've been following these things for several years now, these issues regarding women both working in comics and how they are portrayed as comic characters. I've never seen the other shoe drop. The closest I've ever seen the other shoe dropping is the swiftness with with the editor on Supergirl was replaced and various rumors that following my "Goodbye To Comics" some of the art on certain comic books were altered either in the penciling or inking stage to change potentially offensive images of women.

I love comics. I don't want to hurt comics. I love Marvel and I've managed to work up a tolerance for DC.

But to TPTBs everywhere: drop the other shoe. Say something. Do something. Acknowledge what's going on. I know you really don't want to see women alienated from this industry. But the silence only adds more fuel to this fire.

In my own case, nobody wanted to let that other shoe drop. Nobody wanted to admit anything happened, that anything was wrong. So everything was silenced, erased, quieted. And then one day I "rebooted" this blog and said what nobody wanted said. Because the silence from those who had the power to defuse the situation in a proper way demanded it be said.

But this mounting silence creates resentment, anger, and eventually, it comes out in one blog or 1,000 blogs. Or a book. Or a movie. Who knows?

And whichever company takes the first step and makes a public stand on this issue is going to be the winner.
Posted by Verge at 2:09 PM