Life As A DC "Cover Girl" 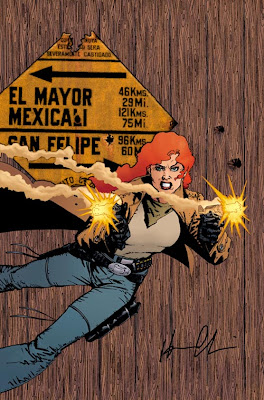 I trafficked DC cover art up and down the departments for almost four years. There was a long stretch of time in which literally EVERY "DC Universe" cover passed through my hands -- sketches, line art, finished digital files. I witnessed hundreds of covers evolve from ideas to the finished product. I had mini-meetings with every editorial team every month to evaluate the status of their covers, and how my office or other departments might be able to assist them.

I was known as the "cover girl."

DC took great pride in the quality of their covers. Matching the right artist to the right book was a well-thought-out process. There was a goal of making every cover a "grand slam," regardless if the comic was "A" or "C" list. "Nightwing" almost had the same priority as "Superman." In the end, the DC line had to look sharp across the board, across the shelves of comic shops everywhere. 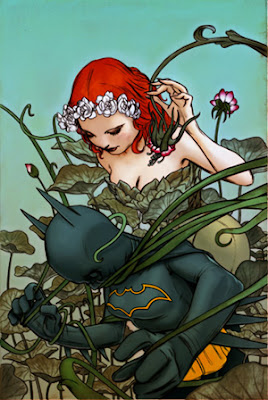 And for the life of me, I really don't remember sexist covers being a big issue. That is to say, I cannot recall anything resembling a trend of covers that were demeaning to women. I mean, maybe I have "repressed memory" syndrome and there was an awful Catwoman cover with an impossibly-contorted torso and banana-nipples that scarred me for life -- but I'm telling you, I just don't remember a rampant misogynist situation with the covers.

Which is not to say that we didn't have "problem" covers that were vetoed or changed or went through with a chorus of rumbles behind them. We did. There were digital breast reductions, redraws, even a very uncomfortable conflict with one particular artist that almost led him to quit the title. 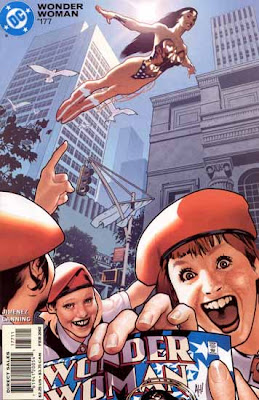 But in general, the cover office I worked for prided itself in not pushing out dreck -- whether the dreck be sexist or just horribly rendered. And who wouldn't be proud of non-dreckery?

Part of this is due to the fact that the graphic design department -- as were the production, promotions, and many other departments -- was relatively gender-diverse.

And part of this was due to the fact that the cover editor shaped the tone and quality of the art with a gentle but iron first. He asked for and expected quality. And this insistence on quality included the way females were rendered. 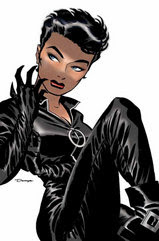 It wasn't that cheesecake was verboten. But if you're going to draw cheesecake, draw it well and don't wipe out all the humanity of the woman in the process.

As I mentioned before, there was one instance where a cover with cheesecake elements completely lacked that essential human spark, reducing the character in question to something eerily resembling a blow-up doll. I mean, a bravura rendering, all the bells and whistles, but in the end rather exploitative. And this cover was fought over. Bitterly. And I believe it was either changed completely or shot down. And it was nowhere even close to the infamous Justice League #10 cover.

Which leads me to ask,

How did the cover for Justice League #10 get through?

And will it make it to the stands?

And will it be reprinted in the trade-paperback...and be preserved in backlist heaven...forever? 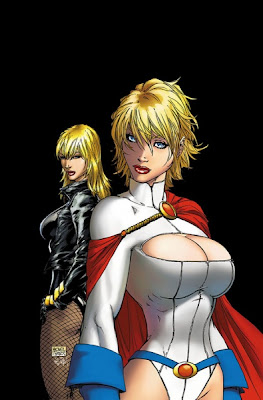