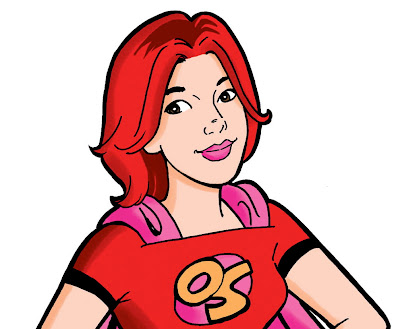 "Hey, I'm new to this whole video thing but I really love comics so I'll just be myself and have a good time," D'Orazio said. "I'm really looking forward to working with "New Rage Order" on this project!"

Her experience as former editor for the comic book publishers DC and Valiant gives D'Orazio not only a unique perspective on the convention but access to the industry's top talent. Confirmed interviews include such luminaries as Image Comics Publisher Erik Larsen, Paul Gulacy, Sean McKeever, Roy Thomas, Eric Powell, Greg Horn and Gene Colan.

"I'm very excited to have Valerie onboard," New Rage Order editor-in-chief, Blair Marnell exclaimed. "She's one of the best writers in the comic blogosphere and she exemplifies the kind of talented individual that we want to work with here at NRO. I can't wait to see what she has in store for us in San Diego!"

In addition to on-camera interviews and news coverage, D'Orazio will be giving web surfers the opportunity to vicariously attend the Convention through her via a hand-held video camera and live continuous audio feed.

"I want the audience at home to tune into New Rage Order and see and hear the complete San Diego Comic Con experience," D'Orazio explained.

She will also be blogging the convention and sending out periodic updates via Twitter.

Valerie D'Orazio has worked in and around comic books since she was a teenager, and possesses arcane knowledge about the Bottle City of Kandor that no woman should ever know. She helped edit "Shadowman" and "Magnus Robot Fighter" for Acclaim/Valiant Comics and "Justice League of America," "Aquaman," "Batman Black and White," "Arkham Asylum: Living Hell," and the controversial "Identity Crisis" for DC Comics.

Following her departure from DC, she became a popular Internet commentator on women and comics, both on other websites and her own blog Occasional Superheroine.

For more information, visit http://www.newrageorder.com/press
Posted by Verge at 8:19 PM